If you have the time, here are a few opinions of interest from the past few weeks for personal injury attorneys. If you don’t have the time, I have tried to provide a quick summary of the relevant facts and law.

Speaking of res ipsa in the Ohio case above, Los Angeles County has settled a malpractice lawsuit with a patient at Harbor-UCLA Medical Center who claimed that one of her blood vessels was punctured by a catheter tip during a medical procedure. The woman suffered further complications from the injury but was released a few days later.

This is from the article I read:

County officials said they believed they cared for the patient properly but would be hampered in court by the Res Ipsa Loquitur doctrine. The doctrine says an entity is presumed to be negligent if it had “exclusive control of whatever caused the injury even though there is no specific evidence of an act of negligence, and without negligence the accident would not have happened,” according to the website law.com. 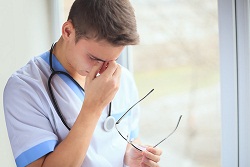 Res ipsa loquitur in this case? What on earth are they talking about? I’m not saying res ipsa can never be applied in a malpractice case (read Orkin v. Holy Cross Hosp, Inc., 318 Md. 429 (1990) but that’s a pretty big matzah ball to leave hanging out there. You are the Los Angeles Times. Tell us a little more than that.