“There’s two sides to every story. I saw the video. That’s their personal business, and it shouldn’t have affected his career. I don’t agree with domestic violence, but she’s still with him, so obviously it wasn’t that big of a deal. Everyone should just drop it.”

“The case is a perfect symbol of all that’s wrong with the litigation system in this country.”

Lisa Rickard,  President of the U.S. Chamber of Commerce’s Institute for Legal Reform and the American Tort Reform Association talking about the infamous lawsuit where an administrative law judge sued for $65 million claiming a dry cleaner had lost his pants 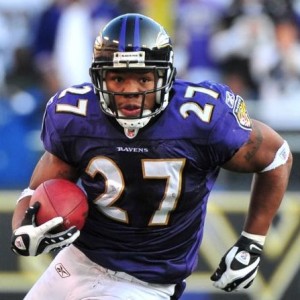 The first quote above is one of many quotes used to show that Baltimore Ravens’ fans still support Ray Rice despite the national outcry over the stunning videos that show him sucker punching his then-fiance, now wife (how many times has that been awkwardly written?) in an elevator in Atlantic City.  The second quote is to show that our civil litigation system is screwed up because this crazy guy could bring this lawsuit that he eventually lost and was hit with $61,000 in court costs.

The Fallacy of Overgeneralization

The history of fallacious arguments was first noted in human history with Adam and the serpent.  These are arguments that seem sound on their face, and have immense persuasive power that is greater than logic would dictate.

The granddaddy of these fallacious arguments is the hasty generalization or overgeneralization.  We all know what this is: people drawing a conclusion about a bigger picture by looking at a sample size that is too small to be telling.

You see this with Ray Rice.  The narrative that gained currency last night was that Baltimore was squarely behind Ray Rice.  Why?  Clearly, we needed a new angle on the story.  People renouncing domestic violence gets a little old after a while.  It is a little scary how compelled we are to condemn Ray Rice.  We did not have this problem with O.J.  No one felt compelled to stand up on a box and renounce murder.  Yet there seems to be a straw man out there that supports domestic violence.  I think we notice after a while there really is no one supporting domestic violence so we concoct a tale that Baltimore still supports Ray Rice and does not think domestic abuse is a big deal, especially if the woman is cool with it. So Debbie from Dundalk shows up at the Ravens game and gives some great quotes that tell the story of Baltimore’s reaction.  Yet I don’t know a single person who agrees with Debbie from Dundalk.

[The latest example would be that Orioles slugger Chris Davis’ amphetamines suspension  does not mean that Nelson Cruz is using steroids.   Bad example?]

How We View the Civil Litigation System

Most people have two primary exposures to our civil justice system.  First, they see celebrity lawsuits.  Celebrities sue others and others often as the first means of dispute resolution. They have the recourse to hire lawyers and, just as importantly, there are always lawyers around who think it makes them important that they have represented famous people or have been involved in newsworthy litigation.  I find it utterly disgusting. (What? I do it?   It is cute when I do it; I think.)

Their second exposure is large verdicts and the amount of money lawyers request when they sue.

That’s it.  So, understandably, this small sampling size informs the public’s thinking.  It is wrong.  These samples do not reflect what is happening.  What’s happening is the couple that came in my office yesterday.  They were both injured such that they will think of the accident every single day for the rest of their lives.  Yet the insurance policy’s cap may cap their joint claim at $500,000.  What’s happening is that you can only get $780,000 in Maryland for pain and suffering when a child is crippled for life. 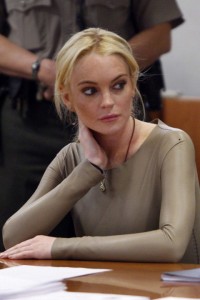 No one is ever going to hear of these people.  It is not as interesting as Lindsay Lohan suing E-trade for using a cute baby named “Lindsay” and calling her a milkaholic.   You don’t remember?  You can click on this.  It is okay.  Really.

There Is No Way to Get the Message Across

Obviously, we want to show the real picture and not let this unrepresentative sampling define our civil justice system.  So how do we change the public’s perception so they can see the battles that plaintiffs have to fight to get justice?

The only way to change public perception would be to mount an unprecedented public relations campaign to show what typical accident and malpractice victims in Maryland must endure.  It would cost an absolute fortune.  Who will pay for that?  There is no victims’ advocacy group – or Maryland trial lawyers groups – with the will or the wallet to do something of this magnitude.  So we will do what we always do.  Think globally, act locally, and do the best we can to maximize the value of our clients’ cases even if it requires a run up a steep hill.