Before a client executes a release or signs a check for a property damage claim, I want to review the release if they have a potential personal injury claim from the accident. Particularly in uninsured motorist cases, but this paranoia extends to every type of accident case. 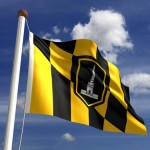 Why? I don’t want the insurance company to pull a fast one and slip in a full release under the guise of a property damage release for the client’s car.

In years past, after looking at approximately one zillion property damage releases, the Oliver Stone conspiracy has never come to pass. Insurance companies have always been straight with me. Until this week…

I settled a case with one of my nemeses, Baltimore City. There was some dispute about the client’s rental car bill. We resolved the dispute during the settlement negotiations and we asked that the rental car bill reimbursement be sent directly to the client. Sure enough, we got a property damage release that was sent that would have released all claims before the personal injury settlement was executed.

I don’t think this was the adjuster’s intention, but no sane person wants to be put in the spot of trusting Baltimore City to do the right thing.

Anyway, the take-home message is even if it seems like over-lawyering to read the release, if you have a pending personal injury claim, do it anyway.