I have gotten a lot of interesting comments on the “Progressive did not tender policy limits in wrongful death case in Baltimore” Internet firestorm. One fascinating idea set forth from one commenter is that this becomes the insurance industry’s McDonald’s coffee case. The commenter dismisses the notion, but it is interesting. Could anyone have predicted that case would still have legs 17 years later? 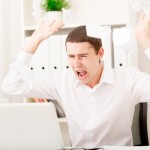 Is it okay to frame the whole insurance industry for this? They are guilt of plenty. Wouldn’t the ends justify the means? Not for nothing, I think Martin Luther King would disagree that the ends would justify the means. He attacks the issue in a lot more serious context than uninsured motorist coverage, I’ll tell ya that.