The issue of pre-impact fright is a big deal in wrongful death car accident cases in Maryland.

Why? Well, in non-malpractice cases we have a cap on wrongful death claims and a cap on survival actions. In Maryland – I know some states have it reversed – the survival action is the victim’s loss: his medical bills and pain and suffering damages. It is the only claim in the victim’s own right for the wrong done to them. Under this law, if you shoot a guy in the back of the head without him seeing you coming, there is no survival action. Like the cap itself, this is a dumb law. (Fill in here your own rant about how misguided the cap is. I’ve done it here many times before, but the subject is inexhaustible.) 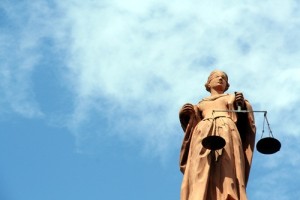 This matters because juries are not stupid. They want to compensate the victim in their own right and, accordingly, tend to inflate the value of pre-fright impact to make up for the fact that the law foolishly ignores the victim. My partner tried a case once where the jury awarded $3 million for a pre-impact fright when the victim uttered an expletive before he died (the driver lived and testified at trial).

Anyway, trying to blunt some stupidity of this law, the Maryland Court of Appeals in Benyon v. Montgomery Cablevision in 1998 told us you can recover in a survival action for mental anguish when you see what turns out to be your death coming. The court found that in survival actions where a decedent has “great fear and apprehension of imminent death before the fatal physical impact, the decedent’s estate may recover for such emotional distress and mental anguish as are capable of objective determination.”

The problem with pre-impact fright is it is wrought with evidentiary challenges. What did the dead guy think before he died? But the Maryland courts have shown some flexibility on this, in this case and, more recently, in concluding that a boy who drowned suffered although there was no evidence of this other than the correct application of common sense.

Regrettably, South Carolina went in another direction last week, ruling that there was no evidence to support a conscious pain and suffering claim in a fatal automobile accident case.

There are two issues that the parties addressed in their briefs. First, how much proof do you need to show to prove conscious pain and suffering (which Maryland addressed in the drowning case I just mentioned) and this question of pre-impact fright. The court largely dodges the issue because this case was not well plead – the plaintiff’s lawyer did not even bring a survival action although – adding to the complexity – they settled with other defendants on a survival action that was never pled). Instead, the court refuses to get down in the weeds of the facts of this case and punts on what South Carolina should do.

How boring for us. So let’s look at the defendant’s argument in the case.

In South Carolina, the cause of action for physical injury survives, even if the injured person does not, and the established law of South Carolina recognizes pain and suffering as damages in such a survival action, but the law requires that it be proven and that it be consciously suffered. Camp v. Petroleum Carrier Corp., 204 S.C. 133, 28 S.E.2d 683 (1944). Speculation is not allowed. In Camp, the evidence considered by the Supreme Court was that a man was heard groaning from within a car before he died of injuries sustained in the wreck. There was no evidence, however, that he was “conscious of pain and suffering.”

What? You had a guy who gets in an accident. Before he dies, he is groaning. Now, which is the more likely scenario: he was suffering, or he was not suffering? Let’s get Nate Silver or someone to poll people about which one is more likely. I bet 90% say it is more likely that he suffered before he died. Underscoring its credibility, the defendant also signs off on- get this – that evidence that a shooting victim crawled away leaving eight-foot trail of blood and clutched leaves and pine needles to his chest wound do not rise to proof of conscious pain and suffering. I kid you not.

On pre-impact fright, the defendant argues several things. First, it says that most states do not recognize pre-impact fear/fright as an element of conscious pain. For those that do, the defendant’s attorney argues that the award is “based upon an injured or deceased person’s perception that he or she is about to suffer grave injury or death.”
That’s not the law. If it was, there would only be a few viable cases every decade because you have the same evidentiary riddle of how to prove what a dead man is thinking. The plaintiff’s attorney cited Maryland law in Benyon to argue that pre-impact fright should be compensable. The defense attorney implausibly argued that Maryland law would support its decision in this case, distinguishing the fact that the decedent driver in Benyon applied brakes (obviously consciously and in a position to foresee the impending impact), leaving seven and one-half feet of skid marks, which allowed objective determination that he may have experienced some mental distress. But where was the evidence in that case that the plaintiff knew he would die? The defendant never bothers to reconcile this problem and just says that after losing control of the car, there was no evidence that the driver or the passenger were conscious.

Anyway, going back to the actual court’s decision in the case, the court seems to ignore the facts. There are facts to support pre-impact fright. This car accident did not lead to the immediate death of this woman by any stretch. She was in the back seat with her husband and her infant child. The car hit an allegedly defective portion of the highway that collected and held water and hydroplaned. Her husband felt the vehicle being “pulled” or “snatched” by the water. If he felt the loss of control, isn’t it likely she did too? The husband had time to lift his hands over his body and then lean his body over his wife and child to protect them. The vehicle then spun on the roadway, left the roadway, and hit a culvert which sent the vehicle airborne.

Are we sure the woman feared for her life? Of course not. But it is more likely than not. What’s frustrating here is that the court did not really refute these facts — it just ignores them by saying that she “had little if any time to contemplate her demise.” That just begs the issue: how long do you need and what must the factual predicate be in South Carolina? I guess this issue will get tackled someday in South Carolina, but unless the makeup of the court transforms, I think I know how it will turn out.