On Christmas Eve, the Maryland Court of Special Appeals issued a treatise of an opinion written by retired Judge Charles E. Moylan in Antar v. Eagan. I will not give you a complete analysis because it is Christmas, but this case is worth talking about for Maryland personal injury attorneys. It highlights the perils of filing suit where there are two possible jurisdictions. The plaintiffs got a raw deal in this case, although I think they probably could have avoided 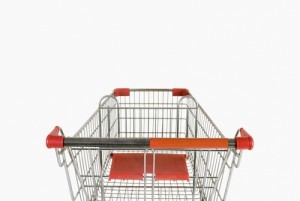 the problem with more careful treading. Whether Maryland law truly reflects the court’s holding here is something for the Maryland Court of Appeals to decide.

Plaintiff sued Defendant in Pennsylvania, although they had jurisdiction in Baltimore City. Why leave Baltimore City, a jurisdiction that the anti-lawsuit folks tell us is “Easy Street” for Maryland plaintiffs? Well, this was a fire insurance case where the plaintiff alleged first-party bad faith. Maryland’s first-party bad faith law is of a joke, so they went to Philadelphia (which is considered more favorable than Baltimore for plaintiffs anyway).

The Philadelphia County court dismissed the case for forum non-conveniens with leave to refile their lawsuit in Maryland. The plaintiffs instead appealed and lost. Then they came back to Maryland and sued. Defendant won (again), this time on the statute of limitations.

Plaintiff’s thinking was (with some logic) that the running of the limitations period in Maryland should have been tolled for while the lawsuit was pending in Pennsylvania. Judge Moylan framed it this way:

It is their argument that the limitations clock in Maryland was frozen and did
not continue to tick (or in this case did not even begin to tick) as of the moment the suit was
filed in Philadelphia County. Their position is that time went into suspended animation and
that the clock only resumed ticking after the litigation in Pennsylvania was finally concluded.

Personally, I think the plaintiffs thinking was reasonable. They read Maryland case law – specifically Bertonazzi v. Hillman – the way I did. In that case, the plaintiff’s attorney read a map, and mistakenly concluded that Baltimore County, rather than Baltimore City, was the only appropriate forum in which suit could be commenced. Before learning of his mistake, but after the relevant limitations period had expired, the Baltimore County court dismissed the plaintiff’s case because of improper venue.

A few hours later, the plaintiff’s attorney in Bertonazzi re-filed an identical action in Baltimore City. The trial court dismissed the plaintiff’s claim as untimely. The Court of Appeals reversed, concluding that because the original claim, while improper, was timely filed and placed the defendant on notice of the plaintiff’s claim, both the purpose of statutes of limitations and principles of fairness and equity were met by allowing the plaintiff’s Baltimore City action to proceed as timely. The court created an “equitable tolling doctrine” for parties who started timely claims with the good faith belief that they were proceeding in the appropriate forum or venue to refile their claims.

So that is fine.  But… why not have a Plan B?  Just sue in Maryland as a precaution, right?  What is the harm? Judge Moylan put it in harsher terms:

For these non-diligent and incautious appellants, the curfew bell did ring. With rare,
rare exceptions not here applicable, once a cause of action accrues and limitations begin to
run, time marches on.

Ultimately, the court found that this dropped choice makes all the difference.

It is also relevant that in the Pennsylvania action there was no action filed against Egan.  In the Baltimore City Complaint, however, Plaintiff made a direct negligence claim against the Egan.  This destroys the rationale for equitable tolling doctrine.

It will be interesting to see if the Maryland Court of Appeals agrees. [2018 update: I don’t think the plaintiff even appealed.]You can find the full appellate opinion Antar v. The Mike Egan Insurance Agency by clicking on the case link.