There is a verdict in Metro Verdicts Monthly in Prince George’s County that I’m amazed has received no media coverage. The Plaintiff, a 17-year-old baseball pitcher, received a $52,703 verdict for the right arm fracture he suffered while throwing a pitch in a baseball game.

Two questions come to mind: who would you sue and what would cause action? Apparently, the Plaintiff’s lawyer found answers to both questions. The jury found that the tournament organizer, Baseball Players Association, built the pitcher’s mound too big and too deep. 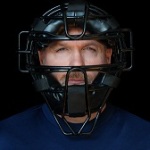 Defendants argued what you would expect them to argue: the mound was fine, the plaintiff just threw the ball hard and these things happen. Defendant’s lawyer apparently also argued that there was no proof that the Plaintiff had, as he claimed, a scholarship offer at Delaware Tech and that he failed to follow his doctor’s orders for rehabilitation.

Plaintiff incurred only $2,703 in medical bills. In closing argument, the Plaintiff’s attorney asked for $50,000 and the jury, after being out for only an hour, agreed, awarding $52,703. Defendant’s attorney filed a JNOV motion that I’m sure included the phrase “assumption of the risk as a matter of law.” Maryland law has been historically harsh in its treatment of participant sports plaintiffs. But the Maryland Court of Appeals will never see this case because, after the Defendant’s lawyer filed its motion, the case settled for a confidential amount.

Chartis was the insurance company defending the claim for Baseball Players Association. Chartis has 34,000 employees and serves over 40 million clients in over 160 countries and jurisdictions. Why have you never heard of them, then? Chartis is a spin-off of AIG, changing their name because of the taint of the bailout.