I’ll take “Gimmick Blog Post Titles That Will Defy the Odds and Be Worth Reading, I’m Serious, Just Give Me a Chance” for $400 please, Alex.

Tied for first at the top of Knick players who have had 20 points and 7 assists with 6 consecutive games is Jeremy Lin. As little as three weeks ago, if you were taking odds, you would have bet the Knicks would cut him so that they did not have to guarantee his salary for the season. The odds of going from there to this are roughly the same as Barack Obama calling you today and telling you he is dropping Eric Holder and he desperately needs you to be the U.S. Attorney General. Seriously, the last time I enjoyed a sports story this much was when Mark “The Bird” Fidrych burst onto the scene in 1976. And that was only because I was 7 years-old. Jeremy Lin is actually a better story.

There are a lot of Jeremy Lins out there in our business – great personal injury lawyers that are obscure and handling Yorkshire Terrier dog bite cases. Their first problem is the lack of opportunity. Trial lawyers can only do so much with the facts that they have. If you don’t have good cases, you are going to struggle to get consistently great verdicts even if are channeling your inner Gerry Spence.

(The same is true for defense counsel. I’ve tried cases against lawyers considered to the best in Maryland that I thought they were either awful or I caught them 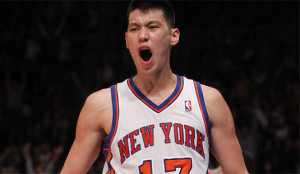 on a bad day. I’ve also tried cases against lawyers I thought were brilliant that I know have a very hard time chasing down $120 an hour auto tort insurance clients. It is even harder for defense lawyers in some ways because they don’t get paid and recognized for good results like personal injury lawyers do… unless they really know how to spin their successes.)

They key when you are in this spot is to Jeremy Lin it. (Yes, I’m using his name as a verb, too.) You have to do the best you can with what you have. Shortly after we started our practice, we tried a case in Baltimore County where a woman was in line at the drive-thru at the bank and got in a rear end accident. The uncontested testimony was that the at-fault driver was going one mile an hour. Laura and I tried the case together. We threw everything and the kitchen sink at it and we got a $125,000 verdict. We had had better verdicts but this was our signature verdict at the time. LawyersWeeklyUSA did a cover story on it. We got some attention, more lawyers started referring us cases, in we built from there.

(Looking back, almost 10 year later, I look at all differently. Man, I wish I could not see so many shades of gray. First, I’m a little embarrassed we even took the case. How pathetic is it, on some level, to take 1 mph bumper tap case, anyway? And we are really bragging about getting $125,000? My law firm would never take that case in 2012. Yes, I believed the plaintiff was hurt from the car accident and still do. It was one of those rare, fluke things that happen. Still, we turn down cases all the time where I think the person may have gotten badly hurt from the accident but we don’t think we can prove it. Also, the unspoken implication was that we were such great lawyers we could turn a garbage car accident or other personal injury case into a case just because we were the attorneys. It is a false premise although a lot of lawyers who are full of themselves would swear otherwise.)

No more games, I’ma change what you call rage,
Tear this [darn] roof off like 2 dogs caged,
I was playing in the beginning, the mood all changed,
I’ve been chewed up and spit out and booed off stage,
But I kept rhyming and stepped right into the next cypher,
Best believe somebody’s paying the pied piper

Yeah, I’m bringing Eminem into it now. Why not? I think this is how you rise up as a rapper, basketball player, or personal injury lawyer. You have to buckle your chinstrap every day and keep coming and wait for your opportunity. Personal injury lawyers that end up building quality practices from nowhere end up doing what Jeremy Lin did: keep working hard and seize the opportunity when you get it.

(Of course, there are your Kobe Bryant/Peyton Manning personal injury attorneys too: people that can’t miss. Mark Lanier is going to be a great plaintiffs’ lawyer if you played his career over 20 times. Same is true for John Edwards – assuming we are still allowed to say anything nice about him. But for every one of these LeBron James types, there are a hundred Jeremy Lins.)

Eminem needs to get a few hit songs and Jeremy Lin needs to score 25 point games to get on the map. What do personal injury lawyers need? Big settlements are great but what really matters in terms of making a name for yourself is getting a string of good verdicts.

(One last parenthetical. Dear Nike: Can you make the “I am Jeremy Lin” commercials already. What are we waiting for? Please include that buzzer beating three last night in Toronto. I would play Nelly’s “Heart of a Champion” in the background. But do what you think is best. )