When an insurance company gets a claim, the first thing it does is look for ways to deny the claim before getting to the merits. I don’t say this derisively. This is how the game is played.

One insanely overused method of avoiding getting to the merits of a case is claiming the defendant driver was not a permissive user. Insurance companies often take remarkably strained views of what is required to allow permission for another to use the owner’s vehicle. 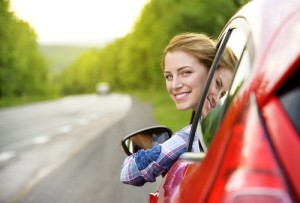 This morning, in Agency Insurance v. State Farm, a wrongful death car accident claim, the Maryland Court of Special Appeals gave Maryland insurance companies a bit more ammo for this defense. The opinion was written by Judge Irma S. Raker, one of the more conservative judges on the Maryland Court of Appeals who is now retired and was specially assigned to the CSA. The case involved two passengers who were killed in an accident in Frederick County. The battle between these insurance companies was over permissive use. The court found that the vehicle owner’s daughter, a senior in high school who was killed in the accident, did not have permission to give permission to her boyfriend to use the vehicle.

But here’s the thing: the boyfriend had used the vehicle before with the owner’s permission. The only argument State Farm had was that there was no specific permission in this case. The only person who could have rebutted that testimony would have been the owner’s daughter who was killed.

I believe the court slices too thinly over whether the daughter’s boyfriend had permission to drive her mom’s car. Because there are too many variables at play. When she allowed the boy to drive the car before, was it made into an enormous deal, or was it a “sure, of course” type response? Assuming there was not a fatal accident, how mad would she have been if she had learned that the boy was driving the car? There should be a bright-line rule to avoid this Serbonian bog and it should err in favor of coverage.

I’m not sad about the outcome in this case. I couldn’t care less whether Agency or State Farm pays on the first claim. But it would have been tragic if the victims’ families – who are already being woefully under-compensated by the cap and deficient insurance policies – had lost a meaningful right to compensation because the driver in this case – or some similarly situated future case – was found not to be a permissive user.

Ironically, Agency Insurance probably will not appeal because it will not want to win this case. They are better off taking the loss and using this case to defeat coverage.