I wrote a blog post for the Maryland Lawyer Blog on a new opinion in Minnesota on their seat belt gag rule. After surfing around after writing the post, I found the oral argument for the case online. The Internet era really changes televising courtroom proceedings.

I think this is a fantastic development. I also think the Supreme Court should televise their arguments. Why not bring the biggest issues of the day before the American public? I know that some Supreme Court justices have expressed concern that televising hearings would cause justices to lose their anonymity (I could not pick Justice Souter out of a lineup, I’m sure) and that the media might use sound bites to misrepresent statements made by the justices. But aren’t these the fortunes of public life? Why should the Supreme Court be immune? Whether I’m right or wrong, I think my view will carry the day eventually and we will see televised Supreme Court hearing in the next 10 years. 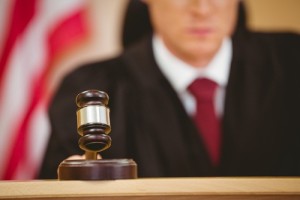 I predicted justices would televise their arguments in 10.  Whoops!  10 years seemed like a LONG TIME!  But 12 years later, we are no closer to the Supreme Court televising oral arguments.

Or maybe we are.  This week, Chuck Grassley and Dick Durbin, who both serve on the Senate Judiciary Committee, reintroduced legislation to require the Supreme Court to allow the televising of oral arguments.  Fittingly, the bill is named Cameras in the Courtroom Act.

Chief Justice Roberts, best known for being my first summer associate interview in 1992, opposes televised proceeds although he has put audio recordings of oral arguments on the court’s website.  Last year, the Supreme’s Court’s lawyer (odd they have a lawyer, right?) said:

The Chief Justice appreciated and shares your ultimate goal of increasing public transparency and improving public understanding of the Supreme Court. I am sure you are, however, familiar with the Justices’ concerns surrounding the live broadcast or streaming of oral arguments, which could adversely affect the character and quality of the dialogue between the attorneys and Justices. Consequently, the Court is unable to accommodate your request.

If Congress passes a law, it is not asking the Supreme Court to allow cameras.  President candidate Amy Klobuchar is one of the bill’s co-sponsors.   She held a hearing on this topic in 2011.  The result was the following year the Judiciary Committee approved a similar bill by an 11-7 vote.   But the bill did not go anywhere.

And… Jeff Sessions Is Opposed

Jeff Sessions has long been against the bill because he has, right?  His big point I gather is that if someone only saw the oral arguments and had not read the briefs and fully understood the issue,  they might have a misimpression of what the case was really about.

This would happen.  But isn’t the logical extension of this argument that we should not let people vote in elections because, you know, they might pick a candidate for the wrong reasons without fully research the issues?

My clickbait title is misleading.  We have been down this road before.  Congress wants televised Supreme Court arguments and so do the American people.  But the question is, do we care enough to overrule the Supreme Court’s wishes?  Historically, the answer has been no.