Gallagher v Mercy Medical, a new malpractice case handed down this week by the Maryland Court of Appeals,  is the most recent decision from our high court in which a plaintiff’s medical malpractice claims against Mercy Hospital were barred under the “one satisfaction” rule. This rule makes it tough to bring both an auto tort and a medical malpractice case related to the same accident.  If you are handling car accident cases and there might be a malpractice element to it, you want to read this case (or at least this blog post). The law here his not intuitive because it leads to something the law should not — injustice.

In short, the malpractice claims against Mercy related to treatment for injuries the plaintiff sustained in an auto accident. The plaintiff had already sued the at-fault driver and received settlements from his insurer and a UIM settlement from her own insurance company.

The Court of Appeals held that the settlements from the auto tort action constituted “full satisfaction” for the plaintiff’s alleged injuries and, therefore, her subsequent malpractice claims for those injuries were barred by the one satisfaction rule.

The plaintiff/petitioner, in this case, was seriously injured in a rear-end auto accident caused by another driver. As a result of her injuries in the car accident, the plaintiff had to undergo 2 breast reconstruction surgeries at Mercy Hospital. She developed a post-surgical infection and had to go back to Mercy to receive antibiotics through a Peripherally Inserted Central Catheter (“PICC”) line. However, while nurses at Mercy were attempting to insert the PICC line they accidentally punctured the plaintiff’s brachial artery. The damage to the artery had to be surgically repaired and left the plaintiff with permanent pain and numbness in her arm. 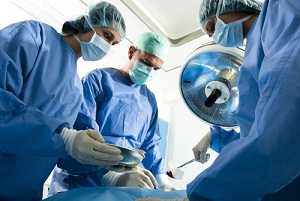 Before undergoing the surgeries at Mercy, the plaintiff had filed an auto tort case against the at-fault driver and against her insurer, State Farm, for rejecting her UIM damages claim (the “auto tort case”). In the auto tort case, the plaintiff clearly sought to recover damages for all the post-surgical complications she endured at Mercy Hospital after her reconstruction procedure, including the artery damage caused by the PICC line. Plaintiff eventually settled her claims against the other driver for $25,000 and then settled her UIM case with State Farm for $125,000.

Several months after her settlement of the auto tort case, the plaintiff filed a separate medical malpractice action against Mercy Hospital for negligence in the insertion of the PICC line. Discovery responses confirmed that the plaintiff was seeking damages in the malpractice case for the same injuries involved in the auto tort case. Mercy moved for summary judgment under the one satisfaction rule. The trial court granted Mercy’s motion based on its conclusion that the damages plaintiff was seeking were the same damages covered by her settlement in the auto tort case.

The “One Satisfaction” Rule

The opinion of the Court of Appeals in Gallagher begins with a brief summary of the tort law doctrine known as the “one satisfaction” rule. First, the Court noted that tortfeasors can be liable not just for the direct harm they cause but also for any additional harm caused by 3rd parties in rending aid, even if those 3rd parties are negligent themselves. Gallagher, at 8 (citing Underwood-Gary v. Matthews, 366 Md. 660, 668 (2001)). So if a defendant injures a plaintiff in a car accident and, while receiving treatment for those injuries, the plaintiff is negligently treated by a doctor, the doctor’s negligence is a separate tort that BOTH the original defendant and the doctor are jointly liable for.

The one satisfaction rule basically states that injured plaintiffs are only permitted one bite at the apple for getting legal compensation for injuries arising from a single incident. Once a plaintiff’s claim for compensation is “fully satisfied” they are legally barred from pursuing additional claims against other joint tortfeasors or potentially liable parties. Id. (citing Morgan v. Cohen, 209 Md. 304, 310 (1987)(“a plaintiff is entitled to but one compensation for her loss and that satisfaction of her claim prevents further action against another for the same damages”)). This rule is typically invoked in situations where a plaintiff sues for injuries, gets compensation, then tries to get more compensation by suing someone else for the same injuries. The purpose of the one satisfaction rule is to block such efforts to get double recovery for the same injuries.

After summarizing the one satisfaction rule, the Court turned its attention on whether that rule precluded the plaintiff’s malpractice claims against Mercy. According to the Court, the answer to this question would depend on whether the settlement in the auto tort case compensated the plaintiff for all her injuries, including those related to the alleged malpractice at Mercy Hospital. 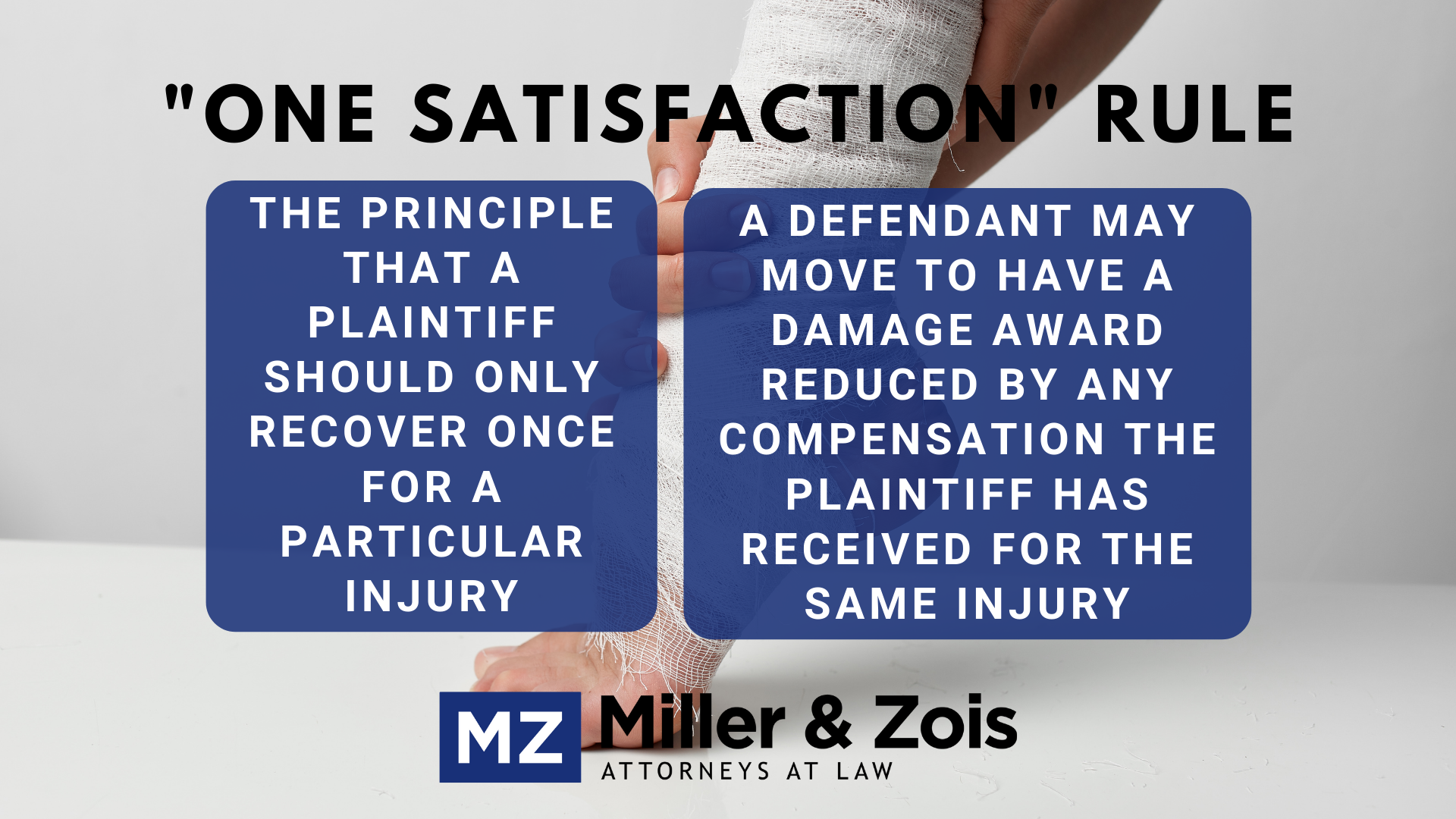 The case’s end result feels a bit unfair. The plaintiff in this case clearly sustained some very serious injuries because of a car accident that was not her fault. Even before the staff at Mercy botched her PICC line insertion, the plaintiff’s injuries were almost certainly worth several hundred thousand. The subsequent damage to her artery from the PICC line probably doubled the potential value of her case. Yet, in the end, she only gets $150,000 from State Farm and the at-fault driver.

Was a different litigation strategy warranted?  It is hard to say without knowing all the facts. What we know is that Plaintiff originally filed her auto tort case against State Farm a year before the reconstruction surgery and botched PICC line incident at Mercy. At that point plaintiff’s counsel arguably could have attempted to limit the scope of the auto tort case only to the original accident-related damages.  Based on this opinion, it seems that would have made a difference.   It is really silly, and it defies common sense.  But that seems to be the law.

I don’t know who was the lawyer and I don’t know all the facts that went into his or her thinking.  Maybe it was the smartest move given the uncertainty of the scope of the injury or the weakness of the malpractice case.  Maybe the case was worth $25,000 without throwing in the PICC line issues.  Certainly, PICC line malpractice cases are few and far between for a reason — they are very tough claims.  But in this case, the decision to bundle all the claims at the doorstep of the crash was fatal to the subsequent malpractice claim.