The Maryland Court of Appeals delivered its opinion in Barclay vs. Briscoe v. Ports America, a car accident case where the plaintiff was seriously injured by a man who had just finished a twenty-two hour shift at a job at the Port of Baltimore.

Liability was not at issue here, meaning everything proceeded on damages. But the driver had a limited insurance policy that would not fairly compensate the 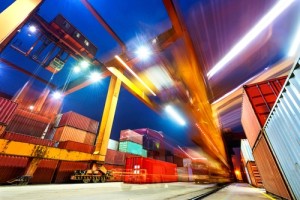 victim for his injuries. So a creative plaintiffs’ lawyer argued that it is a jury question whether the driver’s employer is responsible because the employer had set the table for the car accident by overworking the driver and letting him drive home.

This argument is novel. But it is held together by more than just duct tape and the magic of defense lawyers’ laughter: it makes some sense that a reasonable jury could find that the employer knew that its fatigued employees posed foreseeable harm to themselves and other motorists when they drove home from work.

When you are trying to make new law, dig around to find something somewhere that seems on point. Plaintiff’s lawyer found a great case in Timbuktu Oregon that seemed on point. In Faverty v. McDonald’s Restaurants of Oregon, Inc., 892 P.2d 703 (Or. App. 1995), a high school student who worked three shirts for a McDonald’s restaurant in a 24-hour period. Driving his car home, the boy fell asleep and hit someone head-on, killing the boy and seriously injuring another driver.

Pretty much sounds like the same set of facts, right? The Court of Appeals of Oregon found McDonald’s had a duty to avoid conduct that unreasonably creates the foreseeable risk of harm to others, and that a jury could reasonably find that the employer should have foreseen that the boy would become so exhausted or fatigued after working three shifts in one 24-hour period.

Unfortunately, the unanimous Maryland Court of Appeals read the “floodgates” warning in Palsgraf and was in no mood to take on the invisible beast of stare decisis to make new, groundbreaking law:

We adhere to the principles inherent in common-law negligence actions and decline to find a duty on behalf of an employer to a third party, injured by a commuting employee, based solely on the fact that an employee’s fatigue was a foreseeable consequence of the employment. Where Petitioners maintain that we should abandon long-standing principles, and use this case to fashion some judicially-imposed maximum working hours standard across all industries, we unequivocally decline to do so.

In a long footnote, the court found the Maryland Court of Special Appeals – who agreed in the result – erred in giving even persuasive weight to Faverty, because it is inconsistent with Maryland case law.

I’m very sympathetic to the plaintiff’s argument, but I’m probably with Judge Cardozo on this one, too.

You can read the full opinion in Barclay vs. Briscoe v. Ports America here.