Nora Freeman Engstrom writes an amazing article for the Georgetown Journal of Legal Ethics titled Run-of-the-Mill Justice. She writes about settlement mill law firms, writing with a 60 Minutes investigative journalism style that names names, calling out a few law firms she has labeled as settlement mill firms. Engstrom characterizes these firms as “characterized by their high claim volume, aggressive advertising, significant delegation to non-attorneys, entrepreneurial focus, and quick resolution of claims, typically without initiation of suit.”

There are about 10 different facets of the article I find interesting. I found of particular interest the idea that settlement mills create a “one size fits all” (my words, not hers) kind of justice. Under this system, individualized pain and suffering does not exist for settlement purposes. 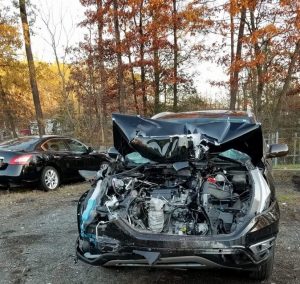 What matters for car accident settlement purposes in non-serious injury cases is the amount of the medical bills, what the injuries are, and how much damage they did to the vehicles. Plaintiffs’ car accident lawyers have blamed this on a paradigm shift in the thinking of insurance companies in the 90s, This article argues, convincingly, that many plaintiffs’ lawyers are unindicted co-conspirators in this system.

The author overlooks that settlement mill auto accident law firms that are spending billions on advertising are just one contributing cause. The opposite extreme is equally to blame, lawyers who have tiny practices and no actual marketing presence that do that same thing. Take the case, send in the medical records and bills, and settle for whatever you can. There are tons of local lawyers parading as lawyers suited to handle car accident claims.

The bigger problem? These same lawyers get serious injury accident cases, typically car accidents, where the victim’s financial future is at stake. These lawyers take the case because they can’t resist and the results are often disastrous. Settlement mill law firms often have the good sense to refer these cases out, realizing they are asking for a legal malpractice lawsuit. Often, the guy with the office on the corner that does wills, criminal, domestic, and everything else under the sun does not have this same sense. Sometimes, these lawyers will take it to the next level and try to file a medical malpractice lawsuit that almost invariably ends in disaster.  But usually, it is what they think are simple auto tort cases.

First, settlement mills settle cases quickly. Although speed has important salutary benefits, fast settlements likely depress the value of claims, since it is fairly well understood “that the longer the client holds out, the larger the settlement he will be able to bargain out of the insurer.” Second, settlement mills rarely file lawsuits, and the act of not filing is correlated with lower settlements. Third, settlement mills commonly impose quotas or incentives on negotiators, which put the emphasis on turning claims over, rather than maximizing their value. And finally, attorney reputation for going to trial affects bargaining. Because settlement mills have a reputation for avoiding trial, they have less leverage in their dealings with insurers and are less likely to obtain top-dollar.

Anecdotal evidence indeed suggests that settlement mills get less than their conventional counterparts. First, a defense attorney who went up against [she names a law firm by name] testified that, in his experience, the firm “left a lot of money on the table.” Second and more powerfully, the point is supported by former settlement mill attorneys themselves. One attorney stated: “I am personally aware of cases I think [were] settled for $10,000, $15,000, $20,000 less” because insurance adjusters knew the attorney handling the case “wasn’t going to actually try the case and tee it up. Another confessed that he and his colleagues sometimes yielded to the financial incentives to get cases settled quickly, rather than at full value.333 And a third attributed his short tenure at a settlement mill to the following fact: “I had a hard time turning everyone around really quick and taking very little money.”

What is a good plaintiffs’ auto accident lawyer to do if he does not want to get caught up in this mess that has been created? If you have a client who wants to settle their auto accident claim quickly and at any price, you will be a victim of this system. There is no way out. But if you have a client that wants to maximize the value of their case, there is a simple answer: file suit and request a jury trial. Or refer the case to a competent lawyer who will give you a piece of the recovery.

The insurance company is going to pay at least a reasonable value on the claim or it will go to trial where a jury will give you the fair value of the case. Because a jury is the ultimate definer of the fair value of a case.