The plaintiff (I know, you call them claimants in comp; it just sounds weird to me) hurt his knee on the job. While attending “work hardening” therapy, the driver of a car in the parking lot put her car in reverse, backed into the plaintiff, resulting in an injury to his other knee for which he also sought workers’ compensation benefits. 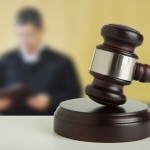 I can see this from both sides. At first glance, I think it seems pretty attenuated to argue a causal relationship just because you coincidentally got injured going to lunch from therapy. There has to be some difference between causation in fact and proximate causation. This would seem to jibe with the Maryland high court’s holding in Mackin v. Harris. In that case, the court explained that for every injury, there are innumerable acts whose absence would have prevented the harm. It is the butterfly effect. Going back to Palsgraf, that is not and cannot be how proximate cause is defined. I’m a plaintiffs’ lawyer and even I get this.

In Mackin, a former employee was getting PT for a comp injury. The employee left the company and became self-employed, but he continued to receive treatment for the injury. On his way to the therapist’s office, he slipped and fell on ice and sustained another injury. The court said that, while it appreciated the differences between the concepts of proximate cause applicable to tort law and those applied in workers’ compensation cases, it found that in this context, the tort application of proximate causation is the most appropriate.

But in this case, there is a wrinkle. The employee’s attendance at work hardening therapy was not only necessary for the continuation of compensation benefits, but it was a requirement of continued employment as well. Creative. So, when you turn the kaleidoscope a bit, you realize this guy was still on the job. He had to go to work hardening therapy to keep his job, to get strong enough to get back to work. So the issue is not whether the injury is related to the first injury, but whether the new injury was “on the job.”

The workers’ compensation commission said the new injury was related to the old injury. The Court of Special Appeals disagreed but remanded the case back to the trial court for a determination whether that second injury was “on the job.” I think the court is telling the workers’ compensation commission that it reached the right result for the wrong reasons. This thing can happen from time to time.