As the Maryland appellate courts continue their summer of personal injury enuni, we turn our attention to a uninsured motorist case issued by the Supreme Court of Rhode Island, in New London County Mutual Insurance Company v. Karoline Fontaine. This opinion works through some issues about uninsured policy provisions, something we do quite frequently at Miller & Zois in our sometimes mad quest to find insurance coverage to get our clients compensated for their injuries.

Neither the other vehicle nor its driver was insured. The motorcycle was insured by a policy with Foremost Insurance Company, and Foremost paid the full $100,000.00 under the uninsured motorist provision.

The husband and wife had two other vehicles which were insured by New London County Mutual Insurance Company (NLC). That policy contained an uninsured policy of $250,000/$500,000. Predictably (this is litigation, after all), NLC told the wife that it was not responsible to provide coverage, and NLC filed a declaratory relief action so that a court could determine whether it was liable.

A declaratory judgment action is often filed by an insurance company after a civil action is filed by someone claiming entitlement to proceeds under an insurance policy (the underlying action). Rather than spend money defending the underlying action, and getting themselves into the sticky wicket of defending an insured by refusing to pay the judgment, the insurance company will often request that the court place that case on hold while it gets a ruling on whether it has an obligation to defend the case at all. While it drives us plaintiffs’ lawyers crazy, it is often the best path through the maze. If the court in the declaratory judgment action decides that the insurance does not cover the situation, the insurance company is off the hook and need not pay for the defense of the underlying action, and this is often the end of the case because the plaintiffs’ attorneys may not proceed if there is no coverage. 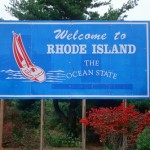 NLC believed that it did not have to provide coverage based on a provision in the policy referred to as the “owned but not insured” exclusion. Insurance companies often hit victims over the head with a similar Maryland provision. This Rhode Island provision originally provided:

(A) We do not provide Uninsured Motorists Coverage for ‘bodily injury’ sustained: (1) By an ‘insured’ while ‘occupying’, or when struck by, any motor vehicle owned by that ‘insured’ which is not insured for coverage under this policy.

The policy was amended later (effective for the period of the accident) to state:

(A) We do not provide Uninsured Motorists Coverage for ‘bodily injury’ sustained by any ‘insured’: (1) While ‘occupying’, or when or when struck by, any motor vehicle owned by that ‘insured’ which is not insured for this coverage.

The key change was in the last sentence—the updated exclusion dropped the words “under this coverage.” The wife argued that this change was knowingly made, and it means uninsured coverage would not be provided when the motorcycle had no uninsured motorist coverage. The motorcycle was insured by the Foremost policy. The wife further argued that, if the policy was ambiguous or unclear, it should be interpreted against the insurance company drafter of the contract (that’s true, and true in Maryland, as well).

The trial court and the Supreme Court both ruled that the insurance company won this round. It was, in their opinion, a stretch to argue that the insurance company was discussing any other policy, and not the NLC policy. The Court decided that in other parts of the policy, “this coverage” was also used, and was used to refer to the NLC policy. To rule otherwise would require “mental gymnastics” (a catchy phrase). This makes sense on some level —a driver should not necessarily reap the rewards of insurance on all of his vehicles by simply insuring one of them. Under those circumstances, the insurance company doesn’t really know what it is insured, which makes it difficult for them to know what kinds of risks they are assuming. It does create a painful paradox: you have coverage if you don’t own the motorcycle, but no coverage if you do. Because, if the family was borrowing the neighbor’s motorcycle, they don’t own the vehicle and it would not fall under the owned.