Insurance companies are sometimes arrogant about [fill in the blank]. One phrase that fits neatly into that blank is “pretrial obligations.” The insurance company is not a party to the case and it feels at least a little outside the reach of a judge’s fist.

Judges used to the fear of that fist can get angry when their orders are brushed aside as the insurance company found out in Station Maintenance v. Two Farms, decided on Thursday by the Maryland Court of Special Appeals.

Plaintiffs, in this case, filed suit in Baltimore Court alleging that approximately 5,400 gallons of gasoline had leaked out of the defendant’s underground storage 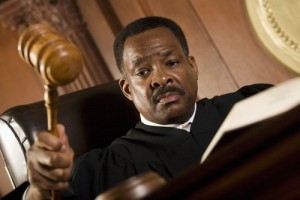 tanks at its facility on Pulaski Highway, in Baltimore, Maryland, contaminated their property. Plaintiff settled the case for $2.7 million and assigned their claims against another defendant to the settling defendant. The case proceeded along. The court ordered the parties to appear at a settlement conference and for the insurance companies to send a senior officer or employee of both insurance companies to come with settlement authority up to the full limits of its policy.

You can guess what happened next. The insurance company for one of the parties – Mid-Continent -didn’t post for one of the parties. Originally, the other defendant (now the plaintiff, really) sought attorneys’ fees and costs but quickly realized he was not reaching far enough and asked for a default judgment in the amount of one million dollars. The judge granted the motion. The question was: can the settlement judge do that?

Ultimately, the court found that the insurance company is past the reach of the court’s fist to the extent that the judge lacks the authority to impose a sanction on a party for a violation of a scheduling order based on the behavior of the party’s insurance company.

There are, however, other paths that the settlement judge could have taken to get its message across to the insurance company, including sanctioning Mid-Continent of constructive criminal or civil contempt for violation of the order.

That normally would be the end. But in dicta, the court kept going to explain why the settlement judge abused his authority. First, the court criticized the lack of record. There was no explanation how the judge determined the figure of $1,000,000 (other than maybe that was the size of the policy).

There was a notice requirement that “compound[ed] the abuse of discretion” because the defendant had “no notice that it might be found liable because of Mid-Continent’s failure to appear prior to the circuit court’s entry of the default judgment.”

It is hard not to notice language like “compounding the abuse of discretion” in this opinion. Usually, reversing judges avoid gratuitous language when describing why the trial judge was wrong. Here, tellingly, the Maryland Court of Special Appeals showed no such restraint.