The Maryland legislature is unlikely to jump right into Maryland’s pit bull controversy in spite of what is described as a bipartisan support to overturn the Maryland Court of Appeals ruling that imposes strict liability for pit bull owners in dog bite cases, according to the Maryland Daily Record. 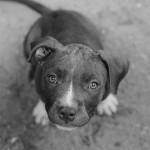 While the General Assembly is almost sure to debate the court’s ruling in Tracey v. Solesky, the legislature has apparently decided that the special session is not the time or place to address anything other than the budget crisis.