I’ve written a great deal about venue issues on this blog. I’ve cheered and cried over some more recent opinions. Today is a cheer day based on three weeks old a new Maryland Court of Special Appeals’ opinion. 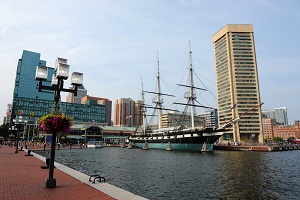 Let’s be honest: plaintiffs’ lawyers would usually rather be in Baltimore City

I talk too much about venue because I’m honest: it matters. A lot. Venue is predominantly one of the deciding factors in tort cases, both on liability and the amount of damages. Plaintiffs and defense lawyers burn many a forest attempting to persuade courts to allow them into a jurisdiction that more strongly favors their case.

In Maryland, and I’ve said it a thousand times, great deference should be given to plaintiffs on their choice of venue. Only when a showing of evidence that strongly weighs the balance for an opposing party should the courts grant a motion to transfer venue. Why? The powers that be have decided that it is important to defer when possible to the victim’s choice of forums. I completely agree.

In Scott v. Hawit, a child suffered irreparable brain damage allegedly because of a misdiagnosis caused by both John Hopkins Hospital and a doctor. Baltimore City was the location of the plaintiff’s injury and is Hopkins primary place of business. Still, Hopkins made a motion to transfer venue to Calvert County, arguing that Calvert was a better fit because it was where both the doctor and the plaintiff were located, and that most of the allegedly negligent treatment was done there.Now, Calvert County is hardly a graveyard for plaintiff cases. There are a lot of good verdicts in that jurisdiction. They have had malpractice verdicts as high as $3.5 million in recent years. Still, let’s be serious: Baltimore had a $55 million verdict last year and those numbers do not unfairly reflect the difference in case values between the jurisdictions. Every plaintiff’s lawyer would rather be in Baltimore City.  Our view is that we can win a good case in any jurisdiction.  You will not get a bad jury in any county in Maryland.  But the easier road is in Prince George’s County and Baltimore City.  Every other jurisdiction in Maryland is inferior to these two venues.

Anyway, back to this case. The trial court granted the motion to transfer. The Court of Special Appeals reversed, finding that since one of the sites of the injury was in Baltimore City, there was a sufficiently meaningful connection to grant venue. The factors the defendants presented showed an equivalent interest, which could not defeat the strong showing requirement to overturn the original venue.

Hawit helps solidify the fading-for-no-real-reason power of the plaintiff to select a forum while helping to provide a clear guidepost for trial judges. The take-home message is that trial judges should not allow parties to escape into another jurisdiction by hiding behind their joint defendants.