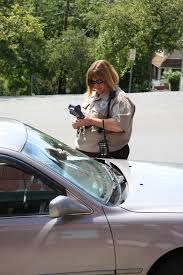 There is a recent law for traffic/speeding tickets in Maryland that no longer gives accused offenders a chance to wait until the day of trial to decide whether to pay the ticket. Under the old law, motorists were assigned a trial date automatically and were expected to appear at trial if they did not pay the fine. Practically, if you did not show up for trial, you could just pay the fine and be okay. (This was, uh, the experience of some of my friends in college.)

Now, request a trial, or they find you guilty. The Maryland General Assembly passed this law, which arguably takes away a little due process, without debate. The reason: money. The Washington Post says that about $3.5 million and 75,000 officer-hours were spent on overtime for District Court appearances in Montgomery County alone. Multiply that across the state and you can see why the state of Maryland will look the other way on due process. Officers are going to still spend a lot of time at trial. But this will free them up substantially so that less overtime needs to be paid and police can spend more time on the street instead of in a courthouse waiting for a 17 year-old to no-show his 62 in a 45. You have to think this will free up the docket for a lot of District Court judges in Maryland.

For major crimes, this lack of due process would be criminal. For traffic offenses, I think the money and energies saved makes it worthwhile to look the other way. I’m in favor of speed cameras and red light cameras, and a traffic penalty policy easy to administer because I think it keeps our roads safer. Some people will disagree, but if that means a few people getting “convicted” of an illegal u-turn, I can live with that. The line of how much liberty we give up for safety is not even broached here anyway.

Good job, Maryland General Assembly. Can you do us one more favor? Overcome the liquor lobby and whoever else you have to and get a mandatory interlock ignition bill passed for first time drunk drivers.