The facts are simple. Plaintiff went to a Ruby Tuesday in Aberdeen, Maryland, for lunch. Before the plaintiff and her friends were seated, a waiter stood on a chair and adjusted the lamp hanging above the plaintiff’s table. A half-hour later, the lamp came crashing down on the plaintiff. 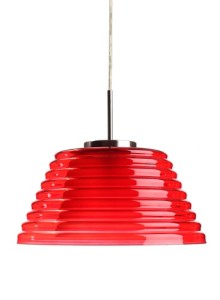 How much would you bet that the waiter caused that lamp to fall? I wouldn’t bet my house, but I would definitely be willing to bet an amount that I would hate to lose.

But maybe you are less impulsive than I am and instead of making a quick bet, you would rather have more information. What would you want to know? The first thing on your list I’m sure would be what an inspection of the light fixture showed, right? Well, Ruby Tuesday “attempted to preserve the shade after the incident” but lost the lamp in the “ordinary course of business.” With your best efforts, you can’t keep a lamp that fell on someone’s head? It gives you a warm and fuzzy feeling about “We tried to keep dangerous toxins out of your food, but we let some slip into your cajun jambalaya pasta in the ordinary course of business.” Either way, the parties made a federal case out of it.

Did this debacle leave Ruby Tuesday’s lawyers scurrying with their tail between their legs? Not quite. They moved for summary judgment, arguing that since they destroyed any evidence, the court must deny the plaintiff a jury trial. I realize that lawyers properly file motions all the time that they would deny themselves if they were the judge. Still, if these lawyers did not feel a little squeamish filing this motion, then they are going home, and drinking and bathing in “defendants are always right, no matter what” Kool-Aid.

Setting aside the spoliation of evidence issue for a moment, Ruby Tuesday argued that the plaintiff may not invoke res ipsa loquitur because the lamp was not in Ruby Tuesday’s exclusive control “at the time the defect was created.”

The court agreed that this argument was technically correct, but found that Maryland law’s broader interpretation of exclusive control requires plaintiffs to show only that the evidence affords a rational basis for concluding that the cause of the accident was probably such that the defendant would be responsible for any negligence connected with it.

The Court of Special Appeals came to a different result earlier this year in District of Columbia v. Singleton, a car accident case with a similar res ipsa issue. But I think the cases can be reconciled because I’m not sure plaintiffs’ lawyers properly set up the use of res ipsa in that case. This ruling is consistent with the Maryland court’s rulings in Romero v. Brenes and Andrade v. Housein, two fairly recent Maryland res ipsa cases.