The Maryland Court of Special Appeals issued its opinion a few weeks ago in a negligence per se case, Paul v. Blackburn Limited Partnership. If you are a personal injury lawyer in Maryland, this is not optional reading. Because I’m betting money someone will win a legal malpractice case in Maryland one day because they did not heed the implicit lesson that just might be in this case. So ignore it at your own risk.

The defendant, in this case, owned an apartment that had an outdoor pool. Unfortunately, you know where this is going. Just about every pool case is the worst 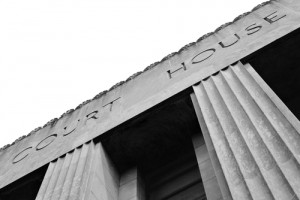 case ever. A three-year-old boy wandered into the closed pool area. When the pool manager and lifeguard unlocked the gates, they found the plaintiff’s son unresponsive and submerged in the water.

(The question you have to be asking – the one far more important than the legal issues in this case – is how on earth did this happen? The boy’s 10-year-old half-brother was watching the child. The boy threw a toy, the 10-year-old ran down a hill to get it, leaving the child alone, and when he got back he did not find the boy. I will have a 10-year-old at the same time I have a three-year-old. I also have a swimming pool.)

As a result of the incident, the plaintiff’s son suffered a severe anoxic brain injury leaving him nonverbal, visually impaired, dependent on a gastric feeding tube, and requiring constant care from others. Again, the worst thing. The detective investigating the incident concluded that the plaintiff’s son had squeezed inside through the front gate because the lower half of the gate was loose. In addition, some parts of the fence could be pulled open because of missing metal crossbars.

The plaintiff sued, alleging negligence per se and negligence. Quick question: When you think you may have negligence per se, do you plead it in the complaint? You do? Okay, you’re a big liar. Our law firm has never done it and I have yet to find anyone who says they plead negligence per se as an ordinary practice. Heads up: I still can’t imagine a court kicking the case if you don’t, but as you will see below, you really don’t want to take the chance because the court here seems to assume that it has to be pled in the complaint. It is like I just told my law partner, I can’t imagine in a million years a court would require you to plead this in the complaint. But when the appellate decision on my case when I failed to mind the ruling, in this case, was coming down, I would be on the edge of my seat (You may not like this sentence, but I don’t know how else to say it). One rule of personal injury practice: do everything you can easily do with no risk of harm if you would sit on the edge of your seat when you were called out for your failure to do it.

Anyway, incredibly, the plaintiff’s lawyer pleaded negligence per se, claiming in the complaint that the defendant was negligent per se by failing to comply with Maryland’s COMAR regulations, the Montgomery County Code “MCC”, and the Code of Montgomery County Regulations (“COMCOR”). Second, the plaintiff contended that the defendant was negligent in breaching its duty of care to maintain the pool in a reasonably safe condition for all residents of the apartment.

The Court of Special Appeals only addressed the plaintiff’s negligence per se claim, which alleged that the defendant breached a duty of care prescribed by COMAR, MCC, and COMCOR.

COMAR 10.17.01.21 requires that “except when the entrance gate is open, an opening in the barrier and in the gate does not allow passage of a sphere 4 inches in diameter.” The purpose of the code was to deter access to pools by children, especially those under five years of age, who cannot appreciate the danger posed by pools. MCC Section 51-15(b)(2) provides that “a public pool must be enclosed as required by the manual of public swimming pool construction.” The manual is contained in COMCOR. Furthermore, MCC Section 51-16 provides that “there shall be securely affixed to the fence, wall or other enclosure of every outdoor public and private pool a gate, door or other such closure designed to prevent accidental or unauthorized entry . . . . All fences and gates shall be maintained in good condition . . . .” Finally, COMCOR 51.00.01.03(B) provides that “all outdoor swimming pool areas must be enclosed by an ornamental wire, wood stave or other type of barrier designed so as to minimize the possibility of unauthorized or unwary persons entering the pool area.”

In a typical negligence claim, the plaintiff must show the classic four elements of negligence: duty, breach, causation, and damages. But where a statute exists satisfying the four requirements, the defendant’s duty becomes prescribed by the statute. All the plaintiff has to show then is (1) violation of the rule, and (2) that the violation proximately caused the injury. The plaintiff does not have to show that the defendant was aware of the statutory violation.

Here, the court started with a lengthy discussion – the case is 70 pages altogether – of whether the pool was even subject to the language in COMAR, MCC, and COMCOR. Concluding that the defendants were required to comply with the regulations, the court decided whether to adopt these statutory requirements as standards of conduct. As discussed previously, the statutes and regulations must meet the four-part test in Section 286 of the Second Restatement of Torts. The court answered this question in the affirmative – turning to legislative history; the court decided that the statutes and regulations in question, in particular, COMAR 10.17.01.03, MCC Sections 51-15(b)(2) and 51-16, and COMCOR 51.00.01.03B, created a cause of action in tort for protecting the swimming public.

Next, the court addressed the issue of proximate causation. The court found that the circuit court erred in concluding that there was no proof of proximate causation because no direct evidence was present. The court stated that circumstantial evidence can prove a proximate cause. Although there was no direct evidence showing how the plaintiff’s son got into the pool area, the case’s facts lead to the reasonable inference that the plaintiff’s son squeezed through the gap in the gate. Another way to say this is “C’mon, we all know what happened here, and that is good enough.” Thankfully, that idea seems to be gaining currency in Maryland law.

The full opinion in this case can be found here. Read it.