The Maryland Court of Appeals affirmed the dismissal of a medical malpractice lawsuit against a doctor for procedural reasons in a 4-3 opinion issued this morning. 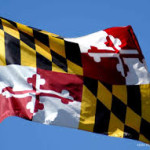 Filed in Anne Arundel County, this wrongful death malpractice claim alleged that a dermatologist failed to perform a timely biopsy of a mole that later proved to be melanoma and caused a man’s death.

It is a long opinion. It spends a good bit of time on the “law of the case” doctrine and the unique application of that doctrine in this case where the Court of Appeals grabbed the case before the Court of Special Appeals hears the arguments. Pretty boring. The highlights are, however, of importance to every medical malpractice lawyer in Maryland:

Defendant’s lawyer moved to dismiss 18 months after the plaintiffs’ filed their malpractice lawsuit. Why wait 18 months? The court’s finding precipitated the defendant’s lawyer’s motion in Walzer v. Osborne just a month before. Every plaintiffs’ medical malpractice lawyer in Maryland thought Walzer imposed new requirements to file a medical malpractice lawsuit in Maryland. Defense lawyers did too, waiting to make these procedural arguments until just after Walzer. Even Maryland’s high court seems to agree, noting the “not coincidental” timing between the doctor’s motion and Walzer. But Walzer was not the first time, nor will it be the last, that an appellate court calls its ruling existing law and practicing lawyers believe it to be a new law. The Supreme Court does it all the time too. It is the nature of the beast. It is just like having an answer to a math problem in the back of the book and then creating the answer. The only thing that makes this a little different is the court seems to acknowledge that Walzer too a lot of attorneys by surprise when it noted the timing of the doctor’s motion.

I also wonder if the court would have been receptive to the argument that the doctor waived his right to make a failure to comply argument not by waiving out of arbitration but by participating in the discovery and not filing a motion until 18 months after the lawsuit was filed. You should not be able to take such a long dip in the pool of discovery and later decide the complete adventure was for naught and the case should have been dismissed. This would seem to be the definition of an “intentional relinquishment of a known right.” Such a holding would be consistent with Food Lion v. McNeill, and other anti-sandbagging cases.

In a remarkably brief dissent for a 4-3 opinion that has roughly the same number of words as the majority opinion (I only exaggerate a little), Judge Murphy writes that it is unfair to extend the holding of Walzer to cases in which the plaintiffs’ malpractice lawyer has already complied with the requirements by the time the motion to dismiss is filed, which is another way of framing the “no harm, no foul” argument.

Anyway, the Maryland legislature made this case somewhat moot (I’m not sure why I used the word “somewhat” there, it just felt right). Plaintiff could, and I think did, file another malpractice lawsuit pursuant a post-Walzer saving statute that allows you to commence a new malpractice claim within sixty days if a case is dismissed for failure to file an adequate report.

It is also worth noting that retired Judge Eldridge cast the deciding vote. Does Judge Atkins see the case the same way? (I wrote more about this issue last week.)

Anyway, the whole opinion is still worth reading because it includes a lot of malpractice law and gives some lens where the court will hold firm and fast to the letter of the law and where it will believe that form triumphs over substance.

You can read the full opinion in Kearney v. Berger here.