In Muti v. University of Maryland Medical Systems, the Maryland Court of Special Appeals returned to a subject that, until recently, has gotten little attention by our appellate courts: “use plaintiffs” in wrongful death cases. 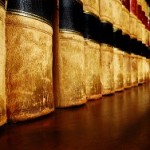 This is a medical malpractice wrongful death and survival action claim brought by two men who alleged that the University of Maryland Medical Systems (“UMMS”) doctors negligently tore their father’s trachea during an intubation procedure after he had an acute myocardial infarction. The plaintiffs’ malpractice lawsuit alleged the doctors failed to timely treat the torn trachea which led to complications that caused their father’s death.

Tragic anyway you look at it but, so far, nothing out of the ordinary in a medical malpractice case. Until, in deposition testimony that apparently surprised lawyers on both sides, the sons testified that their father had a third adopted son. The hospital and the doctors jumped on this, move to dismiss for failure to join a necessary party. Baltimore City Circuit Court Judge Evelyn Cannon dismissed the plaintiffs’ wrongful death claims without leave to amend, finding that in applying the law the court should not look to see “whether or not this will make it difficult for one party or the other.” This barred the wrongful death claim because the three-year statute of limitations had passed.

The Court of Special Appeals found that it was not an abuse of discretion for the court to dismiss when it dismissed their claims. The court also acknowledged in a footnote that this was a tough issue for the trial court to sort out. But, ultimately, the court’s dismissal of the claim would unduly prejudice the interests of the third son and the court should grant Plaintiffs’ attorneys leave to amend to add the third son. Ironically, that interest never would have existed had the plaintiffs not sued.

The trial court also granted summary judgment because plaintiffs did not proffer expert testimony sufficient to get the case to the jury. The Maryland Court of Special Appeals disagreed for reasons that are largely case-specific. The court did, however, underscore one key tenant of Maryland law for expert testimony:

Appellee’s last resort is to argue that [the expert] lacked a factual basis for his opinion because, despite his training, knowledge, and experience, there was no study proving his ultimate hypothesis that in these circumstances, a tracheal tear is most likely caused by negligence, viz., improper force or technique. We do not find this argument persuasive. It is unreasonable to require appellants or their expert to produce a study whose conditions match all predicate facts of the case and whose conclusions fit the expert’s theory. This is especially true where the expert opinion accounts for multiple factors that we would not necessarily expect to see combined in a single statistical inquiry. Instead, [the expert] relied upon his training, knowledge, and experience to infer likelihood from the available facts. In short, the fact that [the expert] lacks a pointed study goes to the weight of the evidence and not its admissibility (citations omitted). Whatever challenges appellee can bring to rebut [the expert’s] opinion must be made before the trier of fact.

Maryland courts will not require doctors to produce studies or textbook chapters that line up with specifics in malpractice cases. This door swings both ways. Doctors can find experts who can defend otherwise indefensible cases using broad “because my experience tells me so” experts. I think the Maryland appellate courts would address this concern by saying, “This is why we have juries.” So it is what it is.