The Maryland Court of Special Appeals decided on a new malpractice case in Wantz v. Afzal.

Wantz is a Frederick County fatal medical malpractice case involving a staph infection following spinal fusion surgery after a slip and fall that allegedly caused the death of the Plaintiffs’ 77-year-old mother.

During discovery, Plaintiffs’ malpractice lawyer proffered three medical experts: (1) a neurosurgeon who testified in a 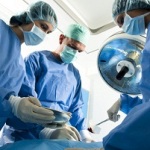 videotaped trial deposition as to the cause of the woman’s paralysis and her likelihood of recovery, (2) a board-certified doctor in internal and geriatric medicine to testify on causation, and (3) a radiologist who testified that had the woman been properly immobilized her paralysis and subsequent infection would not have happened.

The doctors argued that the neurosurgeon was not qualified to testify because his only 50 years of experience in neurosurgery was not enough to qualify him as an expert.

I’m just kidding, even Med Mutual is not making these kinds of arguments. I’m just making sure you are paying attention. The doctors’ objection was more thin-sliced: the expert’s relative inexperience with performing spinal fusion surgery or following patients after such surgery did not provide the experience to offer testimony in this malpractice case.

On this doctor, the court was crystal clear that the fact that neurosurgeon had never performed the actual vertebral fusion aspect of the surgery does not disqualify him from offering expert testimony. Even furthering its position, the court noted that the doctor had testified on cross-examination that he followed his patients post-operatively and that it is not material that the care was from a neurological rather than an orthopedic standpoint.

The issue regarding the internist was interesting. The internist agrees that a neurosurgeon might be better qualified to render an opinion on causation. The doctor’s malpractice lawyer jumped on this issue to say this means the doctor was not qualified to testify. The court said that this does not mean that the expert is not qualified to speak to the issue. (This would still be great fodder on cross-examination.)

Finally, regarding the radiologist, the doctors pressed another reasonable concession by the Plaintiffs’ expert. The radiologist admitted that he was not qualified to discuss how the decedent should have been immobilized are outside of his expertise. But the CSA found that the trial court improperly conflated that question with the real issue: whether immobilization, regardless of how it should be done, would have prevented the progression of the patient’s spinal injury to the point of paralysis.

This case fits in nicely with the Maryland Court of Appeals’ opinion last week in Muti v. University of Maryland Medical Systems with respect to what is required by experts at trial. Coincidentally, in both plaintiffs’ victories, the Plaintiffs were represented by the well respected Baltimore firm Salsbury, Clements, Bekman, Marder & Adkins.

The take-home message in both: Maryland courts will not exclude otherwise qualified medical doctors from testifying at trial based on micro details of their practices or what they are relying upon to draw their conclusions.

You can read the court’s opinion here.