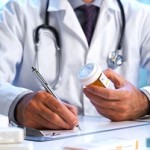 Neustadter is a malpractice/wrongful death case involving the death of a 91-year-old Holocaust survivor. Another interesting factoid: the decedent chose Holy Cross because it is a Catholic hospital which he believed to be compatible with his Orthodox Jewish beliefs for medical treatment.

Anyway, the case went to trial and an important Jewish holiday came up during the trial and the appellant sought a recess. About a month earlier, he had sought a postponement because of the holiday. Plaintiff’s lawyer offered an affidavit from his client in which he affirmed he had practiced Orthodox Judaism all of his life and that under Orthodox Jewish Law, he was forbidden from doing any work (or from hiring another to do his work).

Montgomery County Circuit Court Judge Louise Scrivener denied Plaintiff’s attorney’s request because (1) the request had already been denied at least three times, and (2) the court believed that the Plaintiff’s lawyer had plenty of time to make this request as opposed to a month before trial.

So bizarrely, the trial continued, defense experts testified without cross-examination, and the jury found in favor of the hospital. The Court of Special Appeals affirmed. The Court of Appeals reversed.

The opinion is long and really not of much use to personal injury lawyers, although constitutional scholars – all eight of you – will find it interesting. I think I’ve spent enough time on this case. You can read the full opinion here.