I was planning to take the week off of blogging this week. The Maryland Court of Appeals rejected this plan by publishing its opinion in District of Columbia v. Singleton. In a quiet but meaningful protest, I will make this post a little rambling and disjointed. Just know this is an intended effect. So here we go.

In Singleton, the plaintiff was on a bus with his 8-year-old son in Prince George’s County, traveling on Route 50. They were going on a school field trip to Six Flags. While the plaintiff was asleep, the bus went off the road and hit a tree. Plaintiff suffered injuries in the accident, but I think this was nothing more than a soft tissue injury case.

At trial, the plaintiff and his son could not provide testimony on why the bus went off the road. Plaintiff’s lawyer did not call the bus driver or any other witnesses. Plaintiff’s obvious problem: where is the proof of negligence? Plaintiff attempted to solve this problem by relying on res ipsa loquitur, using the simple logic that buses don’t crash into trees in the absence of negligence. The trial judge disagreed, finding that there were “too many leaps of faith that a reasonable fact-finder would have to take” in order to find that the bus driver’s negligence caused the accident.

In an unpublished opinion, the Maryland Court Special Appeals reversed, finding that plaintiff’s testimony that he was sleeping and woke up to see the bus 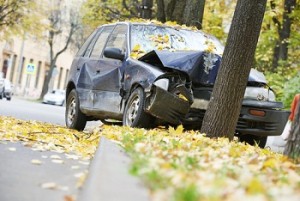 had hit a tree “raised a rebuttable presumption of negligence on the part of the driver.” The CSA relied on longstanding Maryland law that “the failure to maintain control of the vehicle presents a prima facie case of negligence.”
The issue on appeal, according to the Maryland high court, was whether plaintiffs may use res ipsa loquitur in a single-vehicle, motor tort negligence action arising from the vehicle leaving the road, where the plaintiff could not recall the circumstances of the accident and “failed to produce other reasonably accessible and probative evidence to attempt to determine the cause of the accident.”

I love this issue statement. It is like me asking one of my kids, “Should you be allowed to play Fruit Ninja on the iPad when you have not eaten you dinner and have acted completely inappropriately all evening?” You know how the opinion will come down the they loaded the question.

But what if the witnesses were not available, or they just had nothing to say? Would that have made a difference? I’m really not sure. If the court believes that this case does not hinge on the plaintiff’s failure to call available witnesses, I think the court is just wrong. Plaintiff’s evidence, in this case, shows that the defendant’s negligence, and no third-party causation or force, more probably than not caused the wreck, given the particular circumstances of the accident. The bus went off the road and hit a tree. When you hear that, what do you think happened more probably than not? What percentage of “single car hits the tree” accidents are caused by the single car driver’s negligence?

My confusion does not end there. There was a question in the case how important it was that plaintiff failed to meet the exclusive-control element of res ipsa loquitur because plaintiff did not establish that defendant owned and operated the bus.

First, I question the premise: the defendant’s pretrial statement admitted its ownership and operation of the bus, and the defendant did not renew its argument on appeal that the plaintiff failed to adduce evidence that the defendant owned the bus. The court’s rationale, in a footnote, was that defendant admitted to owning and operating the bus for liability not from an ownership/control standpoint for res ipsa. Really? This makes no sense to me at all. Why would this be different? But I think Maryland lawyers are not told whether this would have made a difference in this case. (The take-home message for Maryland car accident lawyers is clear: nail down this issue with discovery eight different ways to Sunday if you are thinking you might make a res ipsa type argument.)

But what I can’t figure out was how important was this exclusive control issue to the court’s holding? Did it matter? Again, the opinion is unclear, at least to me.

The good news is that while the court seemed to ignore a lot of good Maryland law in reaching its conclusion, it did not disturb the court’s holdings in Romero v. Brenes and Andrade v. Housein> which both present more common fact patterns for Maryland car and truck accident lawyers than the odd way this case played out. But, again, this case will be rammed down our throats in fact patterns just like Romero and Andrade because I think this case – unnecessarily – muddies the waters of exactly what the law is.

The other take-home lesson from this case is to flush out everything you can on motion before trial. If Plaintiff had moved for summary judgment, or taken some other action to blush out where the court was on res ipsa, it might have given plaintiff’s attorney the heads up that the case would not fly without more evidence of negligence.