U.S. District Court Judge James K. Bredar ruled this week that a legal malpractice insurer – our carrier Minnesota Lawyers Mutual, who I would recommend – does not have to provide coverage for a legal malpractice claim because its insured attorneys did not provide adequate notice of a potential claim. As a result, they failed to meet a condition precedent for insurance coverage.

If you are a Maryland lawyer, you ought to read and understand this case. Alternatively, read this blog post. Or, just understand this: if you think there could be a legal malpractice claim against you, report it quickly. Do that and you will be okay. Otherwise, you are playing with fire. 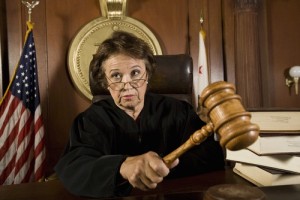 The facts are convoluted in this commercial litigation case. Basically, D.C. lawyer is pro hac vice admitted into Maryland, but did not appear to really know what she was doing in handling the case, including failing to understand some fundamental tenants in who to respond to a motion for summary judgment. Whether this was just negligence in the air or whether the mistakes caused harm to the client was less clear. Minnesota Mutual hung around and defended the legal malpractice claim for a bit, but then stepped out and denied coverage.

What was clear, despite the malpractice defendant lawyers’ denials, was that these lawyers were on clear notice of the possibility of a legal malpractice claim, and did not notify Minnesota Mutual of this until after they lost their appeal on the merits of the court’s ruling. Personally, I have a hard time feeling sorry for lawyers who come into another jurisdiction to handle a case but don’t seem to know how to follow the law that applies to litigation, not just in Maryland but anywhere. The rules for answering a summary judgment motion – you have to counter-affidavits with affidavits to show a dispute of fact – are the same everywhere.

But, still, Minnesota Mutual should have had to show, regardless of the language in the contact for malpractice insurance, actual prejudice. Md. Code Ann., Ins. § 19-110 provides that:

An insurer may disclaim coverage on a liability insurance policy because the insured or a person claiming the benefits of the policy through the insured has breached the policy by failing to cooperate with the insurer or by not giving the insurer required notice only if the insurer establishes by a preponderance of the evidence that the lack of cooperation or notice has resulted in actual prejudice to the insurer.

The court says, “On its face, the statute could be applicable here. But the manner in which it has been interpreted by the Maryland Court of Appeals requires the conclusion it does not apply to this case.” I disagree. The statute appears to be dead on point. I think the court should have certified a question to the Maryland Court of Appeals on this one. Maybe the 4th Circuit will do just that. I would hope this would not be the standard applied to a defendant in a car accident lawsuit.

Again, I’m not shedding tears for these lawyers. It seems clear they screwed this case up royally, in pretty much every way that you can. You always reap what you so, eventually. I think this law firm has gone out of business now. But insurance has a unique statutory scheme for a reason. I think it is important for people with insurance – even lawyers – to rest safe knowing they have coverage that is not going to be pulled out from under them based on technicalities that really didn’t matter to the coverage.

Anyway, the take-home message for Maryland lawyers from this case is clear: if you have notice of a potential legal malpractice case, even if you think you did nothing wrong, report it to your malpractice carrier.

According to Mealey’s, Joseph M Creed and Cary Johnson Hansel III of Joseph Greenwald and Laake in Greenbelt, Maryland (Prince George’s County) represented the lawyers seeking coverage and Paul Newman (yeah, ole Blue Eyes) Farquharson of Semmes Bowen and Semmes in Baltimore represented Minnesota Lawyer Mutual. (Did you know that there was only one Semmes, but he wanted his name on the letterhead twice? Bizarre, right? Actually, I just made that up. But it would be funny if it was true.)