The Maryland Court of Special Appeals decided on Thompson v. State Farm, a bad faith claim against State Farm that arose out of a car accident in Millersville, Maryland in Anne Arundel County. At issue is a common battleground in Maryland car accident cases: venue. A regular issue that is usually, but not always, decided in favor of; however, the trial judge sees it. 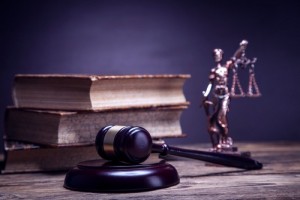 State Farm won the case, and the CSA sided with the trial judge. This was, however, anything but a garden variety venue case. This case involved an appeal of a Maryland Insurance Administration finding that State Farm had not committed bad faith, which made the venue issue that much more complex. As I talk about below, the court gets into the two bad faith statutes and begins what I don’t suspect will be the first appellate effort to sort through them.

Plaintiff’s lawyer was the well respected Debbie Potter from the Jaklitsch Law Group. Debbie was doing what excellent accident lawyers do, trying to get venue in a favorable jurisdiction.

Her argument was that venue was proper in Baltimore City because State Farm does business in Baltimore City and State Farm could not point to anyone who would be inconvenienced by deferring to the Plaintiff’s choice of venue. (Liability for the car accident was not in dispute so, arguably, the location of the accident or the domicile of the at-fault driver should not enter the calculus.)

This case is a good read because there is little appellate law that discusses Maryland’s three-year-old first-party bad faith statute. (By little, I think there is none.) On this front, the court seems to affirm the idea that accident plaintiffs are entitled to jury trials in first-party bad faith claims. This will make an enormous difference in uninsured motorist cases because you can get the conduct of the insurance company in front of the jury. Most uninsured/underinsured accident trials against insurance companies are completely anesthetized from the insurance company’s refusal to be fair – the trial focuses just on damages. This will help, in cases, put the focus on the insurance companies’ bad faith in refusing to be fair with their insureds who are injured in accidents.

State Farm’s law firm was Budow & Noble, which does a lot of State Farm’s work that it does not keep in house.

I need to go back and read this opinion again, and you should too. You can find the opinion here.