Louisiana’s Court of Appeals last month issued an unpublished opinion in Rando v. Furr, a case that dealt with the ins-and-outs of uninsured motorist coverage and bad faith claims. Here’s what happened:

A man was driving his motorcycle and was involved in an awful collision with a pickup truck driven by the defendant. He briefly survived, before tragically succumbing to his injuries. The man and his motorcycle were insured through his wife’s insurance—when she originally got the >insurance through Progressive about seven years earlier, she waived uninsured/underinsured motorist coverage. Progressive paid Louisiana’s equivalent of PIP to the tune of $2,500, then said that they had no more exposure.

The deceased man’s wife (and later child) filed a wrongful death claim against the negligent driver and his insurance company (our friend State Farm), and Progressive. For whatever reason, Progressive quickly decided that there was UM/UIM coverage in the amount of $50,000/$100,000. They tendered an offer of 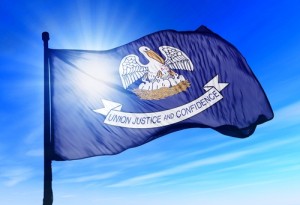 the full $50,000.00, plus reasonable interest. The plaintiffs demanded the full $100,000, but Progressive (correctly) noted that only $50,000 applied because the wife and child’s claims were derivative of the decedent’s claim.
The plaintiffs included a bad faith claim against Progressive, alleging that it refused to make a timely and unconditional tender of the UM limits, and that claim went to trial after all the claims against the negligent driver and State Farm had resolved. The trial was apparently a short affair, and there was not much evidence presented. The judge dismissed the bad faith claim, holding that the plaintiffs failed to testify about the cause of the accident, the amount of the State Farm policy, and the amount of damages.

The case is consistent with how Maryland courts would view the same issue.  To make an uninsured or underinsured claim, it is important to show that some other person or company was responsible for the accident and that they have either no insurance or insufficient insurance coverage. The whole point of uninsured/underinsured coverage is that a driver’s insurance will pay them if they can’t recover from another source. The plaintiffs proved no such thing to the judge. In fact, they probably received some money from State Farm—that case was settled on the courthouse steps.

The case is not clear whether the plaintiffs were seeking uninsured or underinsured coverage—if uninsured, they would have to prove that there was no other source of recovery. If underinsured, they would have to prove that any other recovery was insufficient for the damages in the case (in Maryland, we subtract the “insufficient” policy from the underinsured policy to find the most that the victim could get—it’s not clear if Louisiana uses the same method of calculation).

It appears that the bad faith claim was made because, arguably, Progressive refused to tender the policy appropriately after the plaintiff’s demanded it. It’s clear that, for wrongful death, $50,000 is probably insufficient. Again though, the problem is that the plaintiffs did not prove that there was no other policy available, or an insufficient policy available. It almost looks like Progressive is the good guy here for tendering policy limits. Maybe they lied about whether such a policy existed, which turns them back into a bad guy (but still doesn’t necessitate payment of the policy if the other driver was negligent and had insurance).

Note: A few months after this verdict the Louisiana Supreme Court denied cert, ending this case.