In June 2018, a study was published in the Canadian Medical Association Journal which shows there has been an alarming increase in the rate of birth injuries resulting from forceps-assisted deliveries.  This does not surprise me because our obstetrician experts have been telling us for years that the new generation of obstetricians does not have the skill to use forceps.  If too much pressure or force is used, forceps can cause injury to both mother and baby.

Obstetrical forceps are a surgical tool used by OB/GYNs to assist in difficult vaginal deliveries.  The forceps look like large plyers with metal spoons at the ends.  The spoons grip the baby’s head so that the doctor can then manually maneuver the baby through the birth canal.  Sometimes, birth injury lawyers unfairly vilify forceps. But forceps are a very effective weapon with the right obstetrician.  The problem is that they require a high level of skill and experience by the doctor. 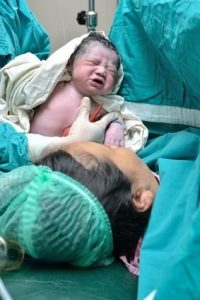 With the obstetrical community, there has been a recent push for fewer c-section deliveries. After recent trends resulted in skyrocketing c-section rates, OB/GYNs are now being urged to perform more vaginal deliveries whenever possible.  Because of this movement, more and more doctors have been reaching for forceps or vacuum extractors instead of just ordering a c-section.

The underlying thinking behind this is that vaginal delivery with forceps is still the safer, better choice than a c-section. (The logic of this is fine, but it goes out the window if the baby is in fetal distress.) However, the results of this most recent study call that assumption into question—at least in Canada.

Some experts think the increase in forceps injury rates is because of the modern prevalence of c-sections.  An emergency c-section has become the initial default response to most delivery room complications.  About 33% of all deliveries are now C-sections.  This means that current doctors have far fewer opportunities to develop and learn forceps skills. In a 2007 survey, only half of the OB/GYN graduates in a U.S. residency program reported feeling “competent” is using forceps.  Some countries, such as Australia, are considering banning the use of obstetrical forceps altogether. I’m not pushing for that. But if you don’t know how to use forceps, bring in someone who does if you believe that is the best path for the mother and child.

Forceps have become somewhat notorious for giving rise to many birth injury malpractice lawsuits.  This is actually not a misconception.  The fact is that anytime a doctor uses obstetrical forceps the risk of a birth injury and a potential malpractice lawsuit immediately increases.  About 1/3 of all birth injury lawsuits involve the use of forceps.  This is very significant when you consider that forceps are only used in less than 10% of deliveries.   Most birth injury lawsuits involving forceps involve one of 2 theories of malpractice: (1) that the doctor’s decision to use forceps was negligent; or (2) the doctor’s use of the forceps was unskilled. 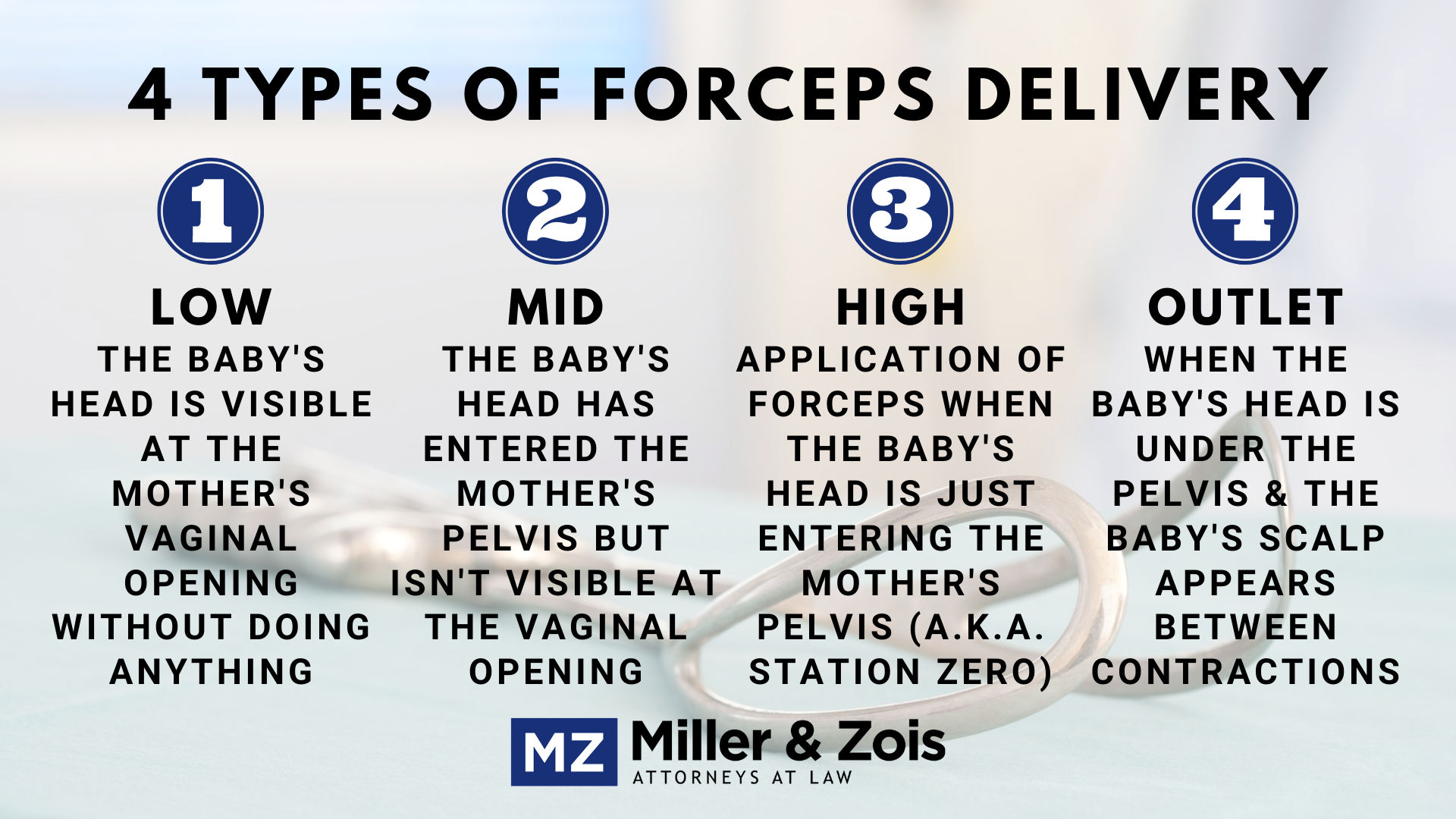 Another problem that causes injury is with forceps is trying two mechanical devices back-to-back.  If you try both a vacuum and forceps you are putting pressure on that baby’s brain that can lead to a brain bleed that can harm the child’s brain and other vital organs.

Were Forceps Were Negligently Used in Your Case?

If your baby was born with a birth injury and your doctor used forceps to assist with the delivery, there is a strong possibility that the birth injury resulted from medical negligence.  To find out for sure,  you need to get your medical records reviewed by an independent expert.  The birth injury lawyers at Miller & Zois can help you with this.  We will collect your medical records and consult with an OB/GYN and pediatric experts to get an opinion on whether your baby’s birth injury was caused by malpractice.   Call us at 800-553-8082 or get an online case evaluation.