The Maryland Court of Special Appeals recently handed down its opinion in Rosebrock v. Eastern Shore Emergency Physicians.  The opinion makes defense attorney’s jobs a little easier when it comes to admitting testimony in medical malpractice cases, of what the doctor usually does when the doctor has no recollection of the care provided to the patient.   This post addresses this case and whether this ruling is significant to Maryland medical malpractice law.  I’ll also talk a little about an off the beaten path issue related to agency and personal representation. 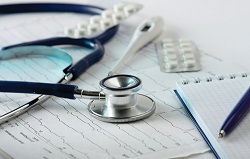 This is a medical malpractice case where a nurse’s aide slipped and fell, while on duty, at Ruxton Nursing Home located in Denton, Maryland.  After the fall, she complained of hip, knee, and back pain. EMTs arrived and immobilized the woman, then place her on a backboard. She went to the emergency room at Shore System’s Memorial Hospital in Easton, Maryland.  The ER doctor orders an x-ray of the patients’ knees and hips, but there is no record of her examining the patient’s back; even though she complained about her back to the triage nurse.  The x-rays come back negative, prompting the doctor to discharge the patient with minor knee and hip contusions.

Later on, the patient is still experiencing significant pain, resulting in another doctor ordering an MRI. The MRI showed a degenerative disk in the patient’s back, which is later revealed to be a burst/fractured vertebrae. Obviously, this is a bit more serious than a minor contusion, and the patient has to get spinal fusion surgery. Unfortunately, the surgery results in an infection, causing the patient to suffer a brain injury and enter a vegetative state.

This case would have never gotten filed if the injuries were not what they are — the future care costs for a patient in a vegetative state are astronomical — and the plaintiff’s malpractice lawyers thought there was a real shot filing and keeping the case in Baltimore City. Really, this case was probably lost the minute the case was transferred to Queen Anne’s County which is just historically a tough place to try serious medical malpractice cases.

The Evidentiary Issue: Testimony of the Doctor’s Usual Practice

The doctor who treated the patient in the ER testified — probably honestly—that she did not remember the patient.

I say “probably honestly” because I wonder when she was told the patient got an infection and went into a vegetative state.  If no one told her, how on earth not?  This is not big news at a small little Easton hospital? And if someone did tell her, how does she not remember that?

It makes no sense.  But let’s get back on track.  The question in the case — at least the most interesting to me — is whether the trial court erred by admitting, as “habit” evidence under Maryland Rule 5–406, the doctor’s testimony regarding her customary practice when presented with a patient immobilized on a backboard?

The Maryland Court of Special Appeals says you can.  Even if there is not a specific record of you doing something, the court said the Maryland Rules of Evidence permit this information to come in because it is the doctor’s habit. Here, the trial court let in, as habit evidence, testimony from the ER doctor that established her procedure of examining patients’ backs when they were brought in on backboards. The court was not persuaded by the malpractice attorney’s argument that an ER back examination is not the same type of subconscious, invariable activity as locking the door behind you or taking the same route to work every day. They alleged that an examination requires conscious thought and could not be assumed to take place based on habit evidence.

When I put on my medical malpractice attorney hat, this ruling a concern. Isn’t the doctor essentially testifying that she did something that she really does not know that she did?  It is an outrage!

When I put my reasonable person hat on, the waters get much calmer. Really, the jury is not going to be confused into thinking the doctor confirmed to her habit on that particular case.  The plaintiff’s attorney can cross-examine the doctor on her failure to recall.  All she is really saying is this is how I would usually do it.  The jury can digest this for what it is.  I seriously doubt that a different ruling would have made a difference in the outcome.

Goofy Agency Issue That Will Never Come Up Again

Plaintiff’s malpractice lawyer filed a motion for judgment notwithstanding the verdict/new trial which lead to the appeal.  Regrettably, the patient died before the appeal was filed.  So the defendant’s malpractice lawyers did what they do: try to make something of nothing.   The argument?   The patient’s counsel essentially filed a motion for a client he does not have because the patient’s guardian is no longer the appropriate party.

But the wrinkle is that the patient’s attorney did not know that the patient had died and was not alerted to her death until after the appeal was filed. Because normal people usually do not call their lawyer when they first find out someone they love has died. So, as a practical matter, this case will have little impact on Maryland medical malpractice attorneys.

Thankfully, the law makes sense most of the time.  So the Maryland Court of Special Appeals adopted the majority rule that the appeal was valid because the agent had not learned of his principal’s death. Given that it was valid, the court also said that the substitution of a new representative was also valid.   So the Appellant won this issue, but having lost the issue that really mattered, it was of little consolation.