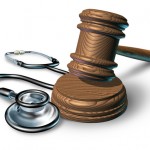 Business organization law is not my wheelhouse. It is not something I blog about often. But the Court of Special Appeals just issued a new opinion regarding personal liability for directors of unincorporated businesses that I think has implications for tort lawyers (although probably not my firm).

This breach of contract case involves the PRC (Pikesville Recreation Council), an unincorporated, nonprofit organization. From what I can gather, PRC provided recreational and educational programs to residents in the Pikesville area and was funded mostly by the registration fees that the organization charged (think community-wide soccer tournaments, among other things). PRC also ran a number of preschool programs and employed teachers contractually to teach the children who registered.

The case at hand involves two preschool teachers who were hired for the 2008-2009 school year to teach preschool at an elementary school in Pikesville. The salaries of the teachers were determined in their contracts, and their contracts specified that they would be paid at regular intervals beginning on August 18, 2008 to August 17, 2009. The contracts also provided that “just cause” and written notice would suffice to terminate the contracts.  The contracts were signed by the President of PRC and another Board member.

In early 2009, another entity (Greater Pikesville Recreation Council) took over PRC and decertified PRC as an organization. Later that spring, the two teachers were notified that their contracts would be terminated early and that they would not receive the last $3,500 they were owed. Both letters were signed by the Treasurer of PRC. Even so, the teachers continued to work until the end of the school year.

The total award of damages was over $30,000. The teachers filed a timely motion to alter/amend the judgment to hold the individual board members liable (because it’s kind of difficult to recover against PRC, an entity that no longer exists and apparently has zero dollars in the bank), but the motion was denied by the trial court. The teachers appealed and presented several questions for the Court of Special Appeals.

Before I go any further, I think it’s important to note that there was a lot of discussion on the trial court level about PRC’s sloppy financial management. It seemed like PRC had the money to make good on the teachers’ contracts, but because the individual Board members were writing checks left and right (and weren’t doing a good job of keeping their finances in order), the organization’s money was depleted. Obviously, the teachers were motivated to get a judgment that included the individual board members so they could recover, and at trial, they argued, “The members of the Board were sloppy with the organization’s money, and therefore, they should be held responsible.”

So, the Court of Special Appeals asked, “Can individual officers and directors of an unincorporated association be held personally liable for the association’s breach of contract?” Although there is little to no Maryland case law on point, the Court said yes.

In the opinion, the Court delves into a (mildly) interesting history of the law regarding unincorporated associations, noting that they can sue and be sued, they can enter contracts, and at common law, officers of an unincorporated association were personally liable for the debts of the association. The Court also cited CJP § 11-105, which states that a judgment rendered solely against an association does not, on its own, expose the association’s officers to liability (although the Court notes that the particular statute is silent on the issue of whether officers named personally can be held liable).

The Court further considers the issue of profit v. nonprofit and whether that plays any role in determining personal liability. A discussion of out-of-state cases reveals two things: (1) personal liability for members of for-profit or business organizations is analyzed under partnership principles, and (2) individual liability in nonprofit associations is analyzed under agency principles. So, in the case of PRC, which is a nonprofit organization, “a member is personally responsible for a contract entered into by the nonprofit association only if—viewing him as though he were a principal and the association were his agent—that member authorized, assented to, or ratified the contract in question.”

In the end, the Court of Special Appeals remanded the decision on this point back to the trial court, because liability was not grounded on a showing that the officers authorized, assented to, or ratified the contract. The Court noted that the trial court erred by not considering these factors. Personally, I think the fact that different board members signed the contracts/termination letters goes to show that the board members authorized/assent/ratify the contracts, but I don’t know that a signature alone makes one personally liable. I’m also left wondering how the trial court “erred” when the rule construed by the Court is based on out-of-state case law.

This will be an interesting one to watch if it goes to the highest court, and I think it could have actual implications for Board members of unincorporated business entities in Maryland. Stay tuned.