Doctors may now have a new and powerful tool for the early diagnosis of newborns who suffer brain damage during childbirth. A study recently published in Scientific Reports announced that a breakthrough neonatal blood test can effectively and immediately identify those newborns with neurologic damage resulting from oxygen loss during labor and delivery.

This is a significant step forward in neonatal medicine because it enables doctors to diagnose immediately babies born with serious neurologic birth injuries such as cerebral palsy. Without this new blood test, many of these life-changing brain injuries may go undiagnosed for months and even years after birth.

Early treatment and intervention are key to making the most of birth injuries.  This is the most important implication if this technology proves effective.  As a Maryland birth injury lawyer, it is hard to ignore the litigation implications this test could have on birth injuries cases.  It would be a blow to defense lawyers trying to argue that the child was not injured a birth (and, for that matter, specious lawsuits that allege a causal connection).  In other words, it would be easier to get to the real truth as to the ultimate question of whether a doctor or nurse’s mistake caused a birth injury.  I also think it would lead to more birth injury lawsuits because many parents do not connect the dots between a mistake during childbirth with mental and physical injuries to the child that are not revealed (or confirmed) until years later.

About Brain Damage During Childbirth

Just like all other living things, a human fetus requires a constant supply of oxygen in order to live. Until a baby is born and starts breathing on its own, they receive this supply of life-sustaining oxygen from their mother. The mother breathes oxygen into her lungs and then her oxygenated blood is circulated to her unborn baby through the placenta and umbilical cord. If this delivery of maternal oxygen is disrupted, even for a short period, it can have disastrous consequences for the baby.

When a fetus is deprived of oxygen during pregnancy or childbirth, it can permanently damage the developing cells and neuro connectors in their brain. This type of damage to the baby’s brain can occur after just a short period of oxygen deprivation. Once this damage to the brain occurs the results are permanent. Babies with hypoxic (oxygen loss) brain damage often suffer from life-long neurologic disabilities such as cerebral palsy.

What Is This New Blood Test for Birth Injuries?

The study announced in the Scientific Reports journal was conducted by a medical research team at Imperial College London. The study utilized a newly developed testing technique for identifying gene expressions in blood. The study use this method to analyze blood drawn from babies with neurologic brain damage from oxygen loss and blood drawn from healthy babies. The analysis determined that they were certain abnormal “gene expressions” in the blood of those babies born with neurologic injuries. This means that doctors can use a blood test to identify babies with possible brain damage during childbirth. 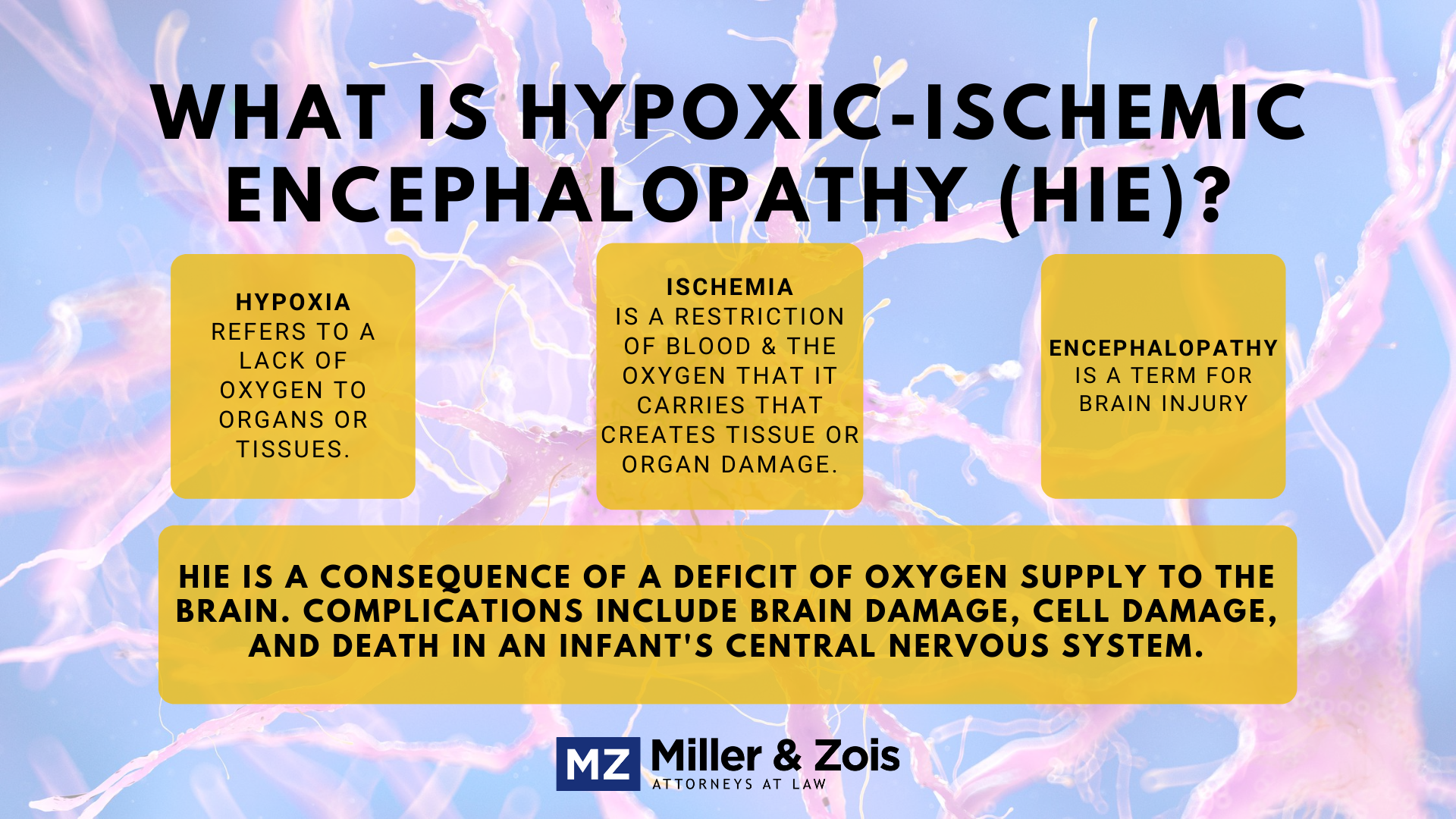 When a baby suffers oxygen deprivation during childbirth the resulting damage to the brain usually goes completely unnoticed. There may have been warning signs of oxygen deprivation during the delivery process. But there was no easy and effective way of determining whether the baby actually suffered damage to their brain. Babies with neurologic damage often do not exhibit any outward symptoms when they are first born. It is usually not until months later than the signs of possible brain damage begin to appear.

The new blood test may change this dramatically. Now doctors can use the new blood testing technique to identify babies with the abnormal gene expressions associated with hypoxic brain damage. Once these babies are identified, additional diagnostic testing can be performed to make a definitive diagnosis months or possibly years sooner.  Again, early diagnosis and intervention are critically important because it gives doctors the opportunity to minimize the damage and prevent worst-case outcomes.

Aside from the positive benefits that this new blood testing will have on treatment options, it may also create help to highlight infant brain damage that is caused by medical negligence in the delivery room. Often, the parents of a newborn know well that something went wrong during labor and delivery. But when the baby appears to be normal and healthy (at least initially) they often forget about what happened. If the baby does not get diagnosed with cerebral palsy until 1 or 2 years of age, it becomes more difficult for the parents to connect that diagnosis with what happened in the delivery room.

This situation could change very dramatically if the new genetic expression blood testing becomes standard practice in delivery rooms. Now, if complications arise during delivery, the blood test can be done to immediately determine whether the baby has preliminary symptoms of neurologic damage. This should make it much easier for distraught parents to make the mental connection between events during labor and delivery and the damage to their baby’s brain.

Moreover, as I started this article, the battlefield in litigation of birth injury lawsuits is often causation.  Defense lawyers argue that the injury occurred in utero, at some point after childbirth, or there never was an injury in the first place.  This test would not always eliminate debates about the timing of the injury as to whether it happened in utero or during the birthing process.  But it would confirm that the child suffered an injury at or before childbirth.  In some cases, that is a game changer.