I just hung up with an adjuster from Erie after a settlement call.  It is difficult to settle a personal injury claim with an adjuster who does not — or pretends not to — understand the law.

One thing I can say about Erie is that the Erie adjusters—particularly in larger cases—are pretty sophisticated. Agree or disagree with them, they are usually very sharp. Their defense lawyers—Erie relies on Rollins Smalkin a lot in the Baltimore area and McCarthy Wilson throughout much of the rest of Maryland—are very competent and easy to deal with on personal injury claims. So when I see an Erie defendant, I expect a worthy but reasonable adversary.

Why Erie Annoyed Me Today

The call was for settlement on an uninsured auto accident case. The client lost $48,000 in wages and $71,000 in medical bills. The Erie adjuster does not question the legitimacy of the wages or the medical care rendered. Instead, she wanted to know whether my client had been paid for the lost wages and the amount of his medical liens. She called these “the big unanswered questions in the case.”

I explained that none of these issues were relevant at trial under Maryland’s collateral source rule.  The Erie adjuster responded that she thought we were not talking about trial value, more so about a settlement. Somehow, I thought these two things were related.

I think the adjuster in this case (who I know pretty well) knew full well what the Maryland law is.  She just ignores it.  Adjusters want to do the whole “I know what the law says, but let’s be honest and practical here” routine.  Well, let’s be practical here.  Let’s throw in the attorneys’ fees that my client cannot claim as losses, although we know it is a part of the calculus.  Let’s also throw in that your offer is not justice.  There is no way the adjuster would take the $225,000 she offered in this case as “equal justice” for what my client endured if she was given the choice between that money and the accident and injuries and suffering that ensured. 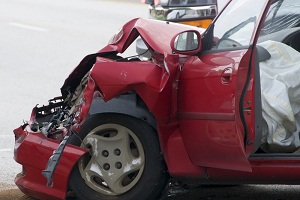 Battling with Erie in Accident Cases

Erie writes larger insurance policies than the average insurance company.  So, all things being equal, Erie is a good draw in serious injury and wrongful death cases for that reason alone.

I prefer dealing with Erie versus over dealing with the players with a larger market share in Maryland.  Erie is preferable to State Farm, Allstate, GEICO, and Progressive. So, relatively, they are easier to deal with on insurance claims. (I’m not sure why, but I feel like we see less of Erie in 2019 than we did when I originally wrote this post.)

My biggest problem with Erie is that most of their reasonableness does not come until AFTER we file a lawsuit.  Why not just offer a fair settlement check before we file a lawsuit?  Many Erie adjusters, like the one discussed above, have a pie in the sky view about how to value these cases that a Maryland jury would not share.  I have filed suits in many Erie cases, where the client’s demands increase after the lawsuit.

One young woman who suffered injuries from an Erie insured’s negligence told me she would be happy with $300,000, which would pay her medical bills and allow her to finish school.  I told my client point blank that the trial value was much higher.  If I remember correctly, Erie offered $75,000.  We filed suit and pursued litigation.  My client’s demands transformed because she resented having her life examined with a fine-toothed comb, as Erie’s defense lawyer was doing.  Ultimately, the case settled for $750,000.

[Funny footnote to this case. My client admitted that she tried white water rafting, but her injuries made it impossible.  The lawyer came to the mediation with a video.  Oh no.  That can’t be good.  They have my client running the Baltimore Marathon, right?  Nope.  Just a picture of the rapids that looked so tame, I thought I should try it with my young kids.]

This summarizes the problem with Erie.  They do not try many cases, because they have a good senior claims adjuster who understands how to value personal injury accident claims in Maryland should.  But it takes too long to get to these people.  So it creates work more for everyone because Erie’s low pre-suit offers often make clients file suit who would rather not.

This commentary applies to dealing with Erie when you are suing or bringing a claim against their insureds in a car or truck accident case. By many accounts, Erie is easier to deal with when making a first part home insurance claim and other claims that are not motor torts.

Frequently Asked Questions Our Lawyers Get About Erie Insurance

What states does Erie Insurance cover?

Erie offers insurance in 12 states which cover the most of the middle East Coast (New York, Pennsylvania, Maryland, Virginia, District of Columbia and North Carolina) and part of the mid-west (Illinois, Indiana, Kentucky, Ohio and West Virginia).

Erie is a publicly owned company owned by shareholders. Erie’s stock (ERIE) is traded on the Nasdaq and the company has been a component on the Russell 1000 index for over a decade.

Erie Insurance pays claims through its claims department either by sending a check to you directly or by sending direct payment (or to the auto repair shop in property damage cases). Of course, sometimes you have to file an Erie insurance lawsuit to get the compensation you deserve. But when they are willing to pay, Erie insurance gets out a settlement check pretty quick.

How much will my Erie Insurance increase after a speeding ticket?

How do I report an accident to Erie Insurance?

Erie offers ways for reporting auto accidents: (1) you can call and report the accident to your local Erie agent; or (2) you can call Erie’s 24/7 claims department at 800-367-3743. Erie does not have an app or online claims submission system like some of the big insurance companies.

What happens to auto loan if Erie Insurance totals my car?

If your vehicle is totaled Erie will pay the fair market value. If you have a loan on the vehicle, Erie will first payoff the existing balance on that auto loan before paying anything to you.

Hiring a Lawyer for Your Erie Insurance Accident Claim in Maryland

We have earned millions for our clients in settlements and verdicts against this insurance company.  If you have been severely injured in a car or truck accident, contact us for a free consultation at 800-553-8082 or online here.