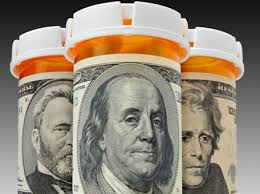 I’ve never filed a motion to enforce a settlement and I don’t think anyone in my firm has. I think as far as I’ve come is threatening to file a motion, but it never comes to that.

That streak may not survive as insurance companies continue to overreact to their risk of Medicare or Medicare coming back to haunt them after a settlement. Sure, there are theoretical potential penalties if Medicare and/or Medicaid liens are not dealt with out of the settlement funds. I don’t have a problem with insurance companies trying to reduce their small risk. But some insurance adjusters handling claims in Maryland are cementing their reputation of being unreasonable by taking extreme positions on what post-settlement hoops plaintiffs’ lawyers must jump through to get a check.

Torts Talk, a defense lawyer oriented blog I just stumbled upon, talks about how a Pennsylvania judge dealt with this issue. Plaintiff’s attorney filed a Motion to Enforce a Settlement when the insurance company refused to issue a settlement check after a car accident settlement until the Plaintiff produced documentation confirming the status of any Medicare/Medicaid lien.

On its face, not an unreasonable request. But the Plaintiff’s lawyer provided the insurance company letters from Medicare confirming that there were no liens. So the insurance company wants to hold on to its money until the Plaintiffs’ lawyer double proves a negative from a government bureaucracy? It is just not reasonable to hold up a settlement under these circumstances. The court in this case cited by Torts Talk agrees.

I enjoy reading defense-oriented blogs that don’t write every blog post slanted towards demonstrating its defense-oriented bona fides by mocking every pro-plaintiff ruling. (Drug and Device Law you are so vain, you probably think this quip is about you.)