Jury Verdict Research published a study this month that found that medical malpractice plaintiffs receive an average of $983,769 for being “incorrectly diagnosed with a serious illness resulting in fear or unnecessary treatment.” For once, the median is not far behind the average. The median misdiagnosis verdict was $843,362. 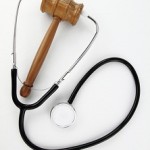