This wrongful death case is arguably worth over $1 billion because of the potential future lost wages. The only bigger malpractice case I can imagine: anyone 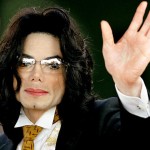 touching Tiger Woods before Bimbogate. Oh, and Oprah. How could I forget Oprah? Actually, you could throw Bill Gates in there or a few others. I’m overstating my point. Still, you get the idea. The potential damages in a wrongful death case involving Michael Jackson would be high.

But the problem is that most malpractice cases, including this one, are damages limited by the insurance the doctor has which, in this case, is reportedly $1 million. But given the potential criminal conviction and the damages, I would not be surprised to see the malpractice insurer rushing to put up the $1 million policy if it has not already been offered.