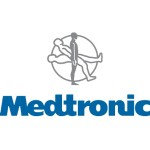 But…. there is a but. Bone grafts, as cool as they are, have to be done right, or the cure will be worse than the original problem. Medtronic is a company that, in my opinion, has a history of taking shortcuts that hurt patients. Most prolifically in recent years was the way they botched their defibrillator leads. The cases would have been worth billions but the Supreme Court completely bailed them out with an awful preemption ruling.

Okay, I have to get back on track. Medtronic bone graft infuse lawsuits. Got it.

The purpose of the Infuse is to grow bone using a complicated recombinant human bone morphogenetic protein (rhBMP-2) in a few approved areas, including dental procedures, tibia fractures, and degenerative disc disease. But patients have had a lot of problems and complications.

This product has a lot going against it, including:

To be generous, Medtronic appears to have cut corners with this product. Of most concern is that Medtronic’s internal product testing had 50 times fewer complications than a separate post-market study. Further Medtronic encouraged off-label use, promoting it for neck procedures. That is not a use studied or approved by the FDA, and it is highly illegal (not to mention dangerous) for a company to encourage doctors to use products for unapproved uses.

The cliché “follow the money” is so tired and played. But to understand what happened here, you really have to follow the money. The desire for profits from Medtronic and doctors’ passionate desire to make more money on the side helped get us into this mess.
Medtronic admitted to paying one surgeon around $800,000 in connection with Infuse. That surgeon was instrumental in an Infuse Bone Graft study. This looks like a major conflict of interest. It looks like the company was paying for guaranteed results of scientific research. Other payments occurred in at least 13 sponsored studies. There was a 2012 investigation by the Senate Committee on Finance which determined that Medtronic made payments of at least $210 million, paid in exchange for favorable data that did much to convince the FDA to approve Infuse.

This sounds like some wild and wacky plaintiffs’ lawyer’s wild conspiracy. But these are the facts and they are not in any real dispute.

The 2012 sales of Infuse dropped by about 18 percent, primarily due to an eye-opening June 2011 study in The Spine Journal.

There is no class action for these devices, so each case will stand on its own for now. Importantly the time to file a claim varies based on state law, so patients who suffer from Infuse Bone Graft injuries should contact a lawyer as soon as possible. Because there is no centralization of cases, it is difficult to know how many there are.

Our lawyers are investigating problems with the Medtronic Infuse Bone Graft, including death, inflammation/swelling, breathing problems, nerve damage, sterility, and cancer. If you or a loved one has had any of these complications, contact our product liability lawyers at 1.800.553.8082, or send us some information online for a free consultation.