On Monday the Montana Supreme Court ruled in a 5-2 decision that a father’s wrongful death medical malpractice claim on behalf of his 16-year-old son was time-barred. 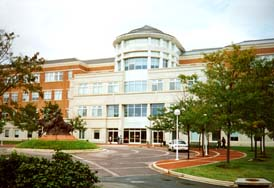 In Runstrom v. Allen, the plaintiff’ son sustained a broken femur in an ATV accident (I wonder if it was a Yahama Rhino ATV, which had been at the time of this writing the subject of many lawsuits around the country). The ambulance took him to the emergency room in Great Falls where the defendant, an orthopedic doctor, treated him. Plaintiff’s son regrettably died the next day. Plaintiff immediately blamed the doctor and consulted with counsel, but for whatever reason did not pursue a case.

Almost 4 years later, the plaintiff read an article in the Great Falls Tribune reporting on an administrative proceeding against the doctor; the article referred to a peer review report and some of his former patients, whose names were not publicly available. The plaintiff believed that his son was one of the unnamed patients, and after reviewing the documents, filed a medical malpractice claim with the Montana Medical Legal Panel.

The doctor disagreed, contending that the person at issue is not the decedent which is how the court found.

The statute of limitations applicable to Plaintiff’s claim is section 5-101 of the Courts and Judicial Proceedings Article, Maryland Code Annotated:

A civil action at law shall be filed within three years from the date it accrues unless some other provision of the Code provides a different period of time within which an action shall be commenced.

It seems so simple, right?  It is often not.

Maryland uses the discovery rule to determine the accrual of a cause of action. Doe, 14 Md.App. at 174; and Edwards, 118 Md.App. at 553.  Action accrues when the plaintiff knew or should have known with the exercise of reasonable diligence, the error.  The dispositive issue in determining when limitations run is when the plaintiff was put on notice that she may have been injured.

Now here is the key source of a lot of confusion. Being “on notice” means having knowledge of circumstances that would put a reasonable person in the plaintiff’s position to investigate which, if pursued with reasonable diligence, would have led to the discovery of the defendant’s negligence.

The discovery rule confuses victims because they define the rule differently than the court does.  Many people say, “I didn’t put two and two together until just recently.”  But that is not the standard.  The question is whether you were on notice to investigate that would have uncovered the negligence that you allege.