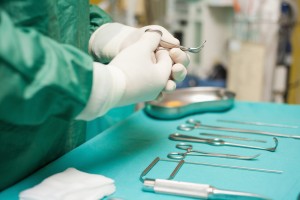 The Virginian-Pilot had an interesting article (the link is now lost) on Saturday regarding the punishment that the Virginia Board of Medicine gave to a Virginia Beach doctor who had admitted fabricating a patient’s vital signs during minor bunion surgery at Sentara Bayside Hospital. He prewired the oxygen saturation levels and EKG readings before her surgery.  Bunion surgery.  And she is dead.

The reason we know this little shortcut is that the patient, a mother of four boys, suffered catastrophic brain injuries during surgery, slipped into a coma and died.  A mother of four kids for no reason.  How frustrating it must be for the family to experience this tragedy.   They might at least think they would protect someone else’s mother.

Medical malpractice is the country’s third-leading killer behind heart disease and cancer. Decent doctors, who made unintentional medical errors while trying to do the best they could for the patient, cause most of these deaths.

What was the doctor’s defense? Surely, he offered some explanation. The “Virginian-Pilot” (in another article) reported that his answer was that he had seen other doctors do it that way, and the patient was otherwise healthy. According to a medical board website, the doctor also settled a malpractice claim in 1998. Does this surprise anyone?

This doctor did not do his job. He didn’t even try. How did the Virginia Board of Medicine respond? They fined him $5,000. He is still licensed to practice medicine in Virginia.