I’m squinting my eyes but I still cannot get the correlation between the national debt and limiting medical malpractice lawsuits. This Huffington Post commentary points out the insanity of including medical malpractice reform on our “to do” list to tackle the national debt. The “Bristol Palin as America’s Next Sweetheart” like stretch: if doctors made more money, it would reduce medical costs and Medicare would be cheaper.

If the Baltimore Orioles would get better baseball players, the city’s residents would become happier and more productive. Baltimore could not contain these good vibrations to its own borders. The economy would improve, more people would pay taxes, and we could reduce the national debt.

How is that logic different from the idea that reducing malpractice lawsuits would reduce the national debt? 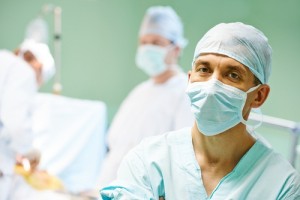 The blog post leaves out another reason the notion is insane. Medicare makes a fortune in successful malpractice cases because it asserts it subrogation interests and is repaid a significant amount of money (I would love to see data on how much but I’m sure it is billions) it spends on medical care that results from malpractice (and accidents, product liability claims, and other torts).

It is a reasonable view to support medical malpractice reform. I completely disagree with it for scores of reasons. But I can admit that people smarter than I support limiting malpractice lawsuits. (I think.) What I will not concede is that there is even a reasonable argument that limiting the rights of malpractice victims will help reduce the national debt.