According to a recent Jury Verdict Research report, plaintiffs on motorcycles receive higher awards for collisions than bicycle plaintiffs. Makes sense. They are driving much faster and frequently roads where speed is more of an issue.

Their analysis, based on plaintiffs’ verdicts rendered from October 1999 to October 2006, examines motorcycle and bicycle categories involving collisions with other vehicles, objects, and pedestrians. The study found that the award median for motorcycle accidents was $73,700 compared to $40,912 for bicycle plaintiffs.

I assume they base the difference in the fact that motorcycles generate greater speeds that lead to more serious accidents. Interestingly, Jury Verdict Research provided average verdicts> with this data, which it rarely does. To underscore the difference between median and average, the average motorcycle accident case was $561,065 and the average bike accident case was $500,353. 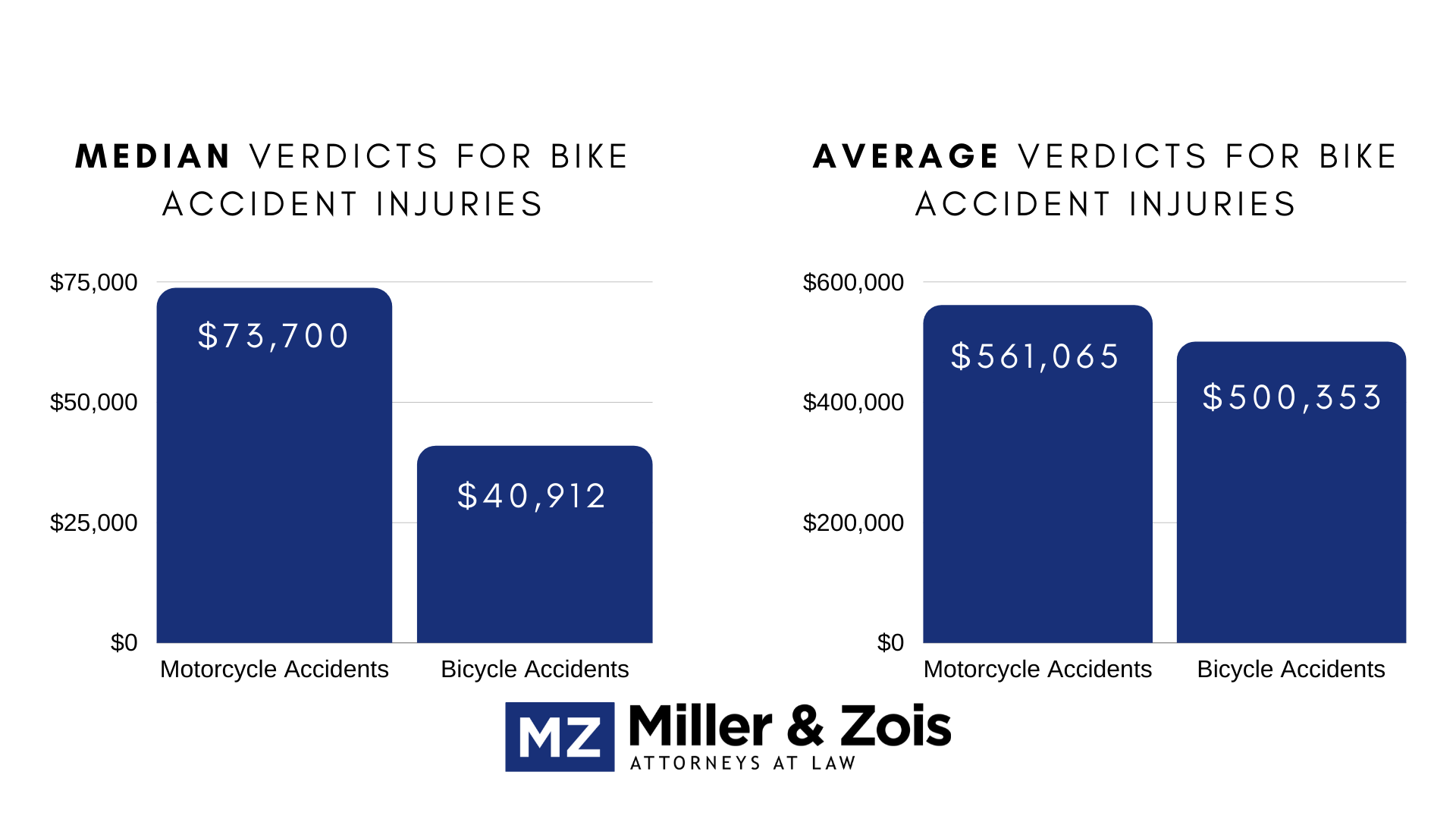