The Maryland Court of Appeals has two big cases in 2009—a lead paint case and a medical malpractice claim – in which plaintiffs seek a path around Maryland’s non-economic damages cap after big jury verdicts. Plaintiffs lost Round 1 today.  [2019 update: And Round 2, Round 3, and so on.  This is dead.  The nutshell of everything you read below is this: the cap applies across the board to lead paint cases and any other tort case. Exclamation point.] 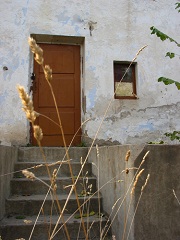 In Green v. NBS, the Plaintiffs’ lead paint lawyers argued that the statutory cap on non-economic damages in Maryland does not apply to personal injury claims allowed by the Consumer Protection Act. Specifically, and creatively, the Plaintiffs claimed that a lawsuit brought under the CPA is not a “personal injury action” and the Maryland legislature did not want a cap on deceptive practice covered by the CPA.

Specifically, the plaintiffs pushed the theory that the Maryland non-economic damage cap applied only to common law tort claims and not a statute like the CPA.  The intellectual unpinning of this argument was that the CPA was a statute that was not just about tortious conduct.

The court stated, discussing the general damages cap in C.J. §11-108, that

Both businesses and individuals need insurance for economic protection against suits seeking non-economic damages regardless of whether the lawsuits are based on acts of commission or omission that were torts at common law or are based on conduct that breaches a duty imposed by a statute or by [the Maryland] constitution.

Finally, the Plaintiffs argued that even if the cap applies; it entitles Plaintiffs to a judgment in the amount of $530,000 rather than $515,000 because the exposure to lead-based paint continued to arise after October 1, 1996. The plaintiffs’ lawsuit and expert testimony were at odds with this contention. Still, I give Plaintiffs’ lawyers an “A” for creative effort in trying to get another $15,000 for their clients.

As Robin Silver with Miles & Stockbridge points out, Maryland joins courts in Hawaii, Washington and Oregon have expressly rejected the intrusion of personal injury claims into their respective CPAs. I am as pro-plaintiff as the next personal injury lawyer, but I can see the wisdom in the court’s holding in this case.

You can find the Maryland Court of Appeals’ opinion here.  I watched the oral arguments.  After listening to Judge Irma S. Raker asking Plaintiff’s lawyer the same question at least three times without getting an answer to her satisfaction, you feel confident where the court is going in this case.

What Do We Get Out of This Case

Not much.  The law is what we thought it was despite some nice hustle by the plaintiff’s lead paint lawyers.

To get around this cap on the verdict, put on an economist, supported by a doctor, who can set out the child’s economic losses over the course of the rest of their lives.  This is like shooting fish in a barrel in lead paint cases.

The child will lose income over the course of their lives with a serious brain injury.  But it is amazing how many lawyers do not do it right or even at all.  When I was defending lead paint cases in the 90s, no one was bringing economic damages cases.  Eventually, the plaintiffs’ lawyer figured it out.