Three years ago, after the Maryland Court of Appeals denied certiorari in Allen v. Marriott Worldwide, our law firm stopped taking snow and ice slip and falls. Maryland appellate courts had been battering bad weather slip and fall plaintiffs over the head with the assumption of the risk doctrine. We distilled this law to be that if you are not running out of a burning building; you knew there was a possibility that you might slip and fall if there was a sign the weather was bad and you had a choice. Assumption of the risk became metaphysical “you had a choice, didn’t you?” that killed every case. 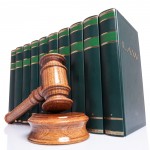 To my surprise, Maryland law took a clear, deliberate, and unanimous step back from this insane abyss last week in Poole v. Coakley Williams Construction.

What Happened in Poole

The Plaintiff, in this case, claims alleged that he slipped and fell on black ice in a parking lot in Montgomery County behind his place of employment. Plaintiff blamed the defendant who was at the site performing construction work for causing the black ice to form, and that there had been a stream of water that way for some time. In fact, Plaintiff thought it was safe because he had walked through that same stream a week before without incident. So it is as good as an ice slip and fall case as you can get because it is more than “you should have put salt down or shoveled the parking lot” case. Still, regardless of the injuries, we would not have taken this case post-Allen because it is still – on the bizarro world level the court used in Allen – the technical assumption of the risk. The summary judgment is easy, just ask the ole’ “you knew there was water, and you knew water can get cold, right?” setup.

The trial court judge, Judge Ronald B. Rubin, correctly applied Allen v. Marriott and granted summary judgment. The Maryland high court reversed, finding that the trial judge should not have drawn that Plaintiff knew of the risk of slipping on black ice because the court could not know his subjective knowledge of the risk. This is the standard because the risk is not one that, “a person of normal intelligence” in the Plaintiff’s position would have understood.

Plaintiff’s lawyer smartly made one more long-shot argument: Allen was wrongfully decided. Specifically, he argued that the holding was wrong because it “created a constructive knowledge test with an objective standard borrowed from contributory negligence.” Big long shot.

The court could have reversed without touching Allen but, to my surprise, the court took it to the next level and specifically disavowed Allen (Parenthetically, disavow is a great word. It sounds so knights of the round table-ish and you really can’t use it without sounding silly outside of this legal context.). This is the same case that the court refused certiorari on just three years ago. I would have calculated the Vegas odds at 100 to 1.

The Court of Appeals agreed that Allen improperly invades the province of the jury by suggesting that the compilation of facts and inferences, amounts to less than actual knowledge, imputes knowledge to a plaintiff as a matter of law.

Specifically, the holding in Allen incorrectly misstates the knowledge prong of the assumption of the risk test, to permit the trial court to “impute knowledge under circumstances where the risk of danger may not have been fully known to and understood by the plaintiff, thereby enlarging the category of cases in which a court may impute knowledge to a plaintiff as a matter of law.”

Specifically, the court rejected the premise that, ” To assume a risk as a matter of law, a Plaintiff, objectively speaking, must have reason to know of the risk.” In a case such as this, the risk is that of slipping on ice. The required knowledge is not knowledge that ice is actually present, it is the appreciation of the reasonable likelihood that, under the weather conditions and other circumstances, ice might very well be present. The assumed risk is not that of stepping on ice per se, the assumed risk is that of stepping onto an unknown surface with an awareness that it might very well be icy. With white ice, you see it is there. With black ice, you infer the likelihood that it may be there. Both establish the element of awareness.

The court has already followed the precedent it set last week in Thomas v. Panco Management of Maryland, a new opinion decided today.

I can’t recall many Maryland appellate opinions that had an enormous impact on our intake policy regarding which personal injury cases our lawyers will consider. But this is a case that will make us look closely again and consider serious injury slip and fall ice fall cases.

Let’s also give credit to the Maryland Court of Appeals, which did not let a lot of moss grow on an error it let stand three years ago. Now, cases where plaintiffs allege facts that are big picture meritorious, if true, will now be heard by a jury who can decide whether it warrants compensation.