Malpractice attorneys representing doctors famously prefer to elevate form over substance and tactics over strategy. This is not partisan. It is fact. The doctors’ malpractice attorneys really don’t disagree. They would call it taking advantage of the grab bag of opportunities to fight the details that the law and inexperienced malpractice counsel provides. It is called fighting aggressively for their clients, right?

Fair enough. But the fact remains that at least as a practical matter, doctors’ attorneys try to use technicalities at a ratio of 20-1 to patients’ counsel. Sure, I’m making that up. But it is probably something like that, if not higher. 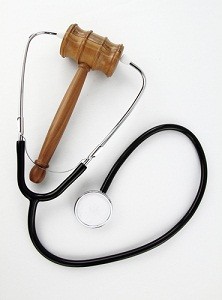 Consistent with this “tactics over strategy” worldview, forests in Maryland have been lost by defense lawyers’ micro interpretations of Maryland’s Health Claims Arbitration Act (Maryland Courts & Judicial Proceedings, 3-2A-01-3-2A-09), distorting any semblance of what was actually contemplated by the Maryland legislature.

In Willison v. Pandey, an opinion decided last week in the U.S. District Court of Maryland, the doctor’s malpractice lawyers faithlessly upheld this tradition, attempted to exclude Plaintiff’s medical expert under the strict locality rule, arguing that a doctor has to know the local standard of care to offer testimony. The doctors lawyers relying upon language in the health claims statute that a medical malpractice expert must give testimony that the care given by the defendant doctor “is not in accordance with the standards of practice among members of the same health care profession with similar training and experience situated in the same or similar communities” at the time of the alleged medical malpractice. Here, the Plaintiff’s medical expert was from New York testifying about the breach of the standard of care of a Cumberland, Maryland urologist. He knew little about the practice of medicine in western Maryland.

Of course, one man’s dumb technicality is another man’s important principle. There was good reason for the strict locality rule at some point in time. Doctors in a small town in the time of let’s say…Lincoln, did not keep abreast of medical advances and could not afford expensive equipment to treat patients.

In 2011, the idea is insane. To prove it, consider this: the doctor’s lawyer would never argue in front of a jury that there should be a different standard of care in Cumberland, Maryland than there is in New York City. In fact, no one agrees with the idea of differing standards of care. We always ask the doctor’s expert and even the defendant doctor in Maryland malpractice cases if they believe the standard of care is national or local. No one has ever testified that there should be a local standard of care.

The doctor’s attorney vigorously cross-examined the Plaintiff’s expert during his videotaped trial testimony about his lack of experience regarding urology standards of care in western Maryland, obviously to set up the doctor’s motion in limine. If I were the Plaintiff’s lawyer, I would make lots of hay in closing about what the defense lawyer was suggesting by that line of questioning. (If I were the doctor’s attorney, I would file a motion to delete that line of questioning from the videotape.)