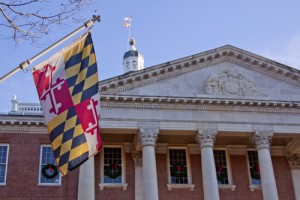 Yesterday, The Maryland Court of Appeals decided Prince George’s County v. Longtin. The Plaintiff in this case was arrested for murdering his wife. When the real bad guy was found, Plaintiff brought a claim against Prince George’s County, alleging false imprisonment and, more significantly that police officers engaged in a pattern or practice of “unconstitutional and unlawful detention and interrogation” and “excessive force and brutality.” One fact that had to stand out to the jury to lend credibility to his claim: the police ignored DNA evidence that ruled out the Plaintiff, keeping him in jail another six months. The jury bought in, awarding over $6 million in damages, which included over $1 million in punitive damages collectively against the police officers. Why don’t you remember reading about any of this? The murder was over 10 years ago. The wheels of justice sometimes cruise casually.

The jury appeal is easy to see. It is transcendently awful enough to have your wife murdered. But being wrongfully accused when the evidence should have sent police in another direction and then being physically and mentally brutalized by the police? It makes anyone’s top 5 nightmares list. These police officers crossed lines that would make Jimmy McNulty blush.  (I’m seeing him in a whole new light now in Showtime’s The Affair.)

Still, there are limits to the “it could just as easily have been me” feeling you might have read this post. Plaintiff admitted to having a verbal and physical altercation with his wife just hours before authorities found her body. After the altercation, he got a knife and ran after her. Later, she turns up missing and murdered. So while I fault the police for a lot based on these reported facts, jumping to conclusions about Plaintiff guilt is not one of them. I mean, what are the chances?

That’s more on the facts than I planned, but it is just an incredible story. Anyway, Prince George’s County argued—apparently without shame—from the beginning that the Local Government Tort Claims act barred his claim because he did not provide adequate notice. Plaintiff responded with the complex legal theory of “how on earth can you expect me to give you notice when you have wrongfully imprisoned me for more than 180 days?”

The Maryland Court of Special Appeals agreed, finding that an “ordinary prudent person” in Plaintiff’s situation could not have given notice in 180 days. I’m dumbing down a complex opinion, but I think that is an adequate summary.

What would have saved everyone a lot of time in this case and furthered justice in countless others would be if the Maryland legislature would abolish the Local Government Tort Claims and the Maryland Tort Claims Act. What exactly is the wisdom in treating government differently from you and I for the statute of limitations? If we all agree it is fair that we can sue a local government in actions sounding in tort in the same manner and extent that we can sue anyone, why change the limitations period? I think governmental immunity is illogical and outdated, but at least I understand the rationale. Altering the statute of limitations is a crude and illogical way to treat citizens in substantially similar situations in dissimilar ways.

Interesting historical footnote that may be of interest only to me: Prince George’s County was the first county in Maryland to waive sovereign immunity in 1970.