Our law firm does not handle police brutality cases. We have some experience handling the claims – not me but other lawyers here – and the injuries can be horrific. But the criminally insane Maryland Local Government Tort Claims Act destroys the value of these cases. I offer as exhibit #549 the Maryland Court of Special Appeals opinion in Leake v. Johnson. 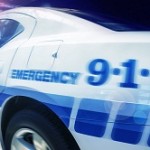 Just tailor-made awful facts. Police arrested a man for public urination. A crime, I guess, but should you really be arrested for it? Well, this guy was, and he was handcuffed and put in a police van. The police did not put a seat belt on him and then gave him a wild ride in the paddy wagon.

When they realized they had nearly killed the guy, they drove him to the hospital and still didn’t fasten the guy in place. The man’s spine became dislocated and fractured, causing him to become a quadriplegic. The paralysis occurred, according to the plaintiffs’ expert, because of pulling him out of the van after his initial injuries.

He eventually died. Can you imagine? Public urination? I Googled around a little, looking for some back story. What really happened? What happened to the police officers? I can’t find a single piece of excellent information. Crazy. A zillion people are protesting Trayvon Martin. Couldn’t we borrow just a few of those people to look at the injustice that occurred here? ( 2021 Update: I might be Nostradamus).

Well, wait. We have the civil justice system. A wrongful death case against Baltimore City police officers was filed in Prince George’s County (after what I’m sure was a big venue fight). The jury awarded $7.4 million, which I thought was conservative. But the award was reduced to $200,000 by the Maryland Local Government Tort Claims Act, which limits tort claims against the state of Maryland to $200,000. So much for the civil justice system if the government is the one that caused you harm. If I’m on that jury, this makes me just furious that the law says that the award is 3% of what the six of us awarded after careful deliberation.

Plaintiff’s attorney made arguments that the cap should have been higher claiming multiple claims and acts of negligence. But the court made the right call in limiting the recovery to $200,000 because that is what the LGTCA provides for in these cases. It would be nice, though, if the court at least mentioned, while driving by, how unjust the law is. Maybe a footnote like this:

Sovereign immunity comes from English common law principle that the “Crown can do no wrong” because monarchs are guided by divine providence and could not, by definition, commit negligence. If you live in Baltimore City (embezzlement), Prince George’s County (bribery), or Anne Arundel County (how do you describe it?), have you noticed in the last few years that your local Crown is not infallible? Thought so.

In my continuing nod to Don Quixote, I’m only reporting on this case to rail against the insanity of the Maryland Local Government Tort Claims Act, which I expect will be around in its current form long after I’m gone. But, the opinion also has some interesting “use it or lose it” law regarding whether arguments are waved if they are not raised until a motion for judgment notwithstanding the verdict. You can find the full opinion in Leake v. Johnson here.