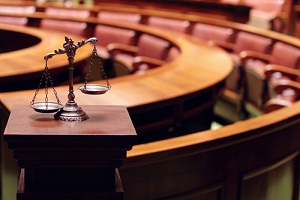 The Maryland Daily Record reports that a Baltimore jury awarded $82,000 to an 8-year-old boy who only briefly exhibited elevated levels of lead in his blood.

In May 2000, the boy’s level was four micrograms of lead per deciliter of blood. In December, his level rose to 29 micrograms. I am a parent of three small children and, as a defense attorney, have defended lead paint cases in Maryland. If my child had a lead level of 29, I would absolutely freak out. Here, thank God, as quickly as the level rose, it fell. By December 28, the boy’s level was 19. It fell to 12.6 in February and then down to 8.6 in March.

The Plaintiff’s lead paint lawyer conceded that he was doing well. Apparently, he was doing great in school and he tested in the 97th percentile for reading, but there is no question lead harms children. Should the fact that the child is doing well be a defense? We know lead paint harms children and we know this child, while doing great now, experienced cognitive delays. Would he be in the 99th percentile but for the lead? So I think the jury’s verdict was probably very reasonable (although you would have to be on the jury to consider an opinion).

Lawyers Complaining After the Verdict

The lawyer who defended this lead paint case, John H. Doud, III, a solo practitioner representing the uninsured landlord in the case, made what I think was an awful comment after the verdict. Mr. Doud said the verdict sends the wrong message to landlords. He said the message is that “when your first tenant sues you, I would get into another business.”

This is not the take-home message from this case. There is no strict liability in lead paint cases. This little boy could only recover if his lawyer proved that the landlord had actual or constructive knowledge of the problem and did nothing to solve it. The landlord has to know that his property could cause brain damage to children and still not bother to fix the problem. This burden in lead paint cases is more stringent than general negligence claims.

If you have ever been involved in these cases, and I have on both sides, I can tell you they are exactly what you think they are.  There are too many slum landlords out there that view their tenants as sub-human cattle. Not all of them, but many of them do.

So, that is not the lesson to landlords about lead paint that should come from this case. Instead, the lesson is if you will be cavalier about exposing children to lead paint that causes brain injury; you do so at your own peril. The landlord should pay the verdict and thank his lucky stars that Maryland makes getting punitive damages so unreasonably difficult.