As expected, Maryland voters overwhelmingly rubber-stamp approved by a two-to-one margin a constitutional amendment to increase the damages threshold for civil jury lawsuits from $10,000 to $15,000. What does this mean? Any case pled in District Court in Maryland for more than $10,000 can be “bumped up” to a jury trial. This recent law increases the amount to $15,000.

There was no real debate on this issue. Pretty much everyone supported it, including small businesses, except for car insurance companies (you can find my overview of this issue here). 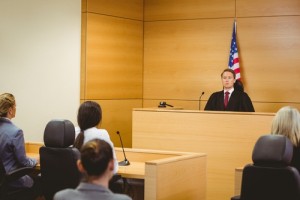 My theory on this, that I expressed back in April, is that most voters are like me: if there is a constitutional change on the ballot and you have not heard a debate about it, you figure there is an excellent reason for it. Why? Because given the absence of public debate that would make me more knowledgeable on the topic, I defer to the Maryland legislature and figure they put it on the ballot for a reason. Some people will vote against everything they don’t fully understand because they have a different world view. I suspect that most people who voted for or against the bill last night did so more because of how they view the big picture on these types of questions as opposed to the merits of the bill (which is why I made the rubber-stamping joke).

I received two phone calls today from lawyers who have read my prior posts on this and wanted to know what the effective date will be for this new law. After the law is approved by the Maryland Board of Elections, Governor O’Malley will then “proclaim” that the amendment has passed. This will probably happen late this year or early next year. But it does not apply to the loss date but to the date a lawsuit is filed. So a lot of Maryland lawyers will sue on smaller cases that they want to file for $15,000 to avoid the potential of removal to Circuit Court may want to keep those cases on hold if there are no statute of limitations issues until after the effective date of this new law.

I wish they had had the foresight and wisdom to include a modest escalation clause for inflation. Because $15,000 will be worth $7,500 in 10 years and we will be back to the drawing board.