Subrogation allows insurers to recover the costs of reimbursing injured insured parties. Virtually every health insurance company involved in a car accident or medical malpractice case in Maryland demands repayment – to varying extents – of the money they have spent and have established various byzantine procedures for dealing with repayment of their subrogation interests. Sometimes, it is the toughest part of resolving any personal injury case. 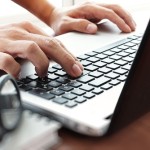 Understandably, clients are astounded that their health insurance company demands to be paid back for the expenses they have incurred in an accident or medical malpractice claim. They never had to pay back any money their health care provider has paid in the past, including [fill in the blank bad thing that happened] to their family. So why now? The question has an answer but no one ever likes it. “So the insurance company gets paid back and keeps my premiums?” Logically, it is a hard sell.

Typically Not Paying Back All the Bills

With certain ERISA plans, the second prong is more of a challenge. Some ERISA plans take a hard line in the sand and say they are not reducing their bills.

Lawyers Have to Stand and Fight for Their Clients

Most plaintiffs’ lawyers roll quickly on medical liens. I love fighting them. In part, it is because every penny you save is a penny back for the client. As plaintiffs’ lawyers, we always have skin in the game in maximizing the value of our personal injury cases. In fighting medical subrogation liens, you really feel like a purist. You are 100% benefiting the client.

This will not be a treatise on how to fight ERISA liens. But I want to point out one argument with which we have had some success.

At common law, there is a principle called the “made whole doctrine”, an equitable principle that limits the ability of an insurer to exercise its right of subrogation until the insured has been “fully compensated or made whole.”

What does this mean? No one except the judge deciding a case really knows. But, theoretically, the victim with health insurance has priority rights to collect from the responsible third party. So if, ultimately, the tort victim’s recovery from both the insurer and bad guy is less than the real loss – let’s say a liability or “is it related?” dispute – the health insurer loses its subrogation interest.

Where are Maryland courts on this? I don’t know exactly. Under Maryland law, there are three types of subrogation interests: (1) legal subrogation; (2) conventional subrogation; and (3) statutory subrogation. Are these interests subject to the made whole doctrine?

That’s a big question. Maybe our reach is exceeding our grasp on this post.

That is an easy standard because any ERISA or other health insurance plan has language so loaded against the insured the small print requires an offering of your first-born child. Read the language sometimes. It is killer.

So the only saver will be the public policy of the made whole doctrine. Maryland seems to go the other way on the made whole doctrine in Stancil v. Erie Insurance Co. But the court seems to distinguish between the two health insurance made whole cases cited by the appellant and the property damage claim at issue. “Both of these cases involved health care insurers who were, by their contracts, given the right of subrogation for recovery of the amounts of their payments for medical expenses on behalf of their insureds.” Stancil was in 1999 and the Maryland appellate courts have not talked about this since. So, ultimately, no one knows how this argument will apply in Maryland.

(ERISA liens are preempted by federal law so you can toss Maryland law out the window. Courts appear to be all over the map on the made whole doctrine.)